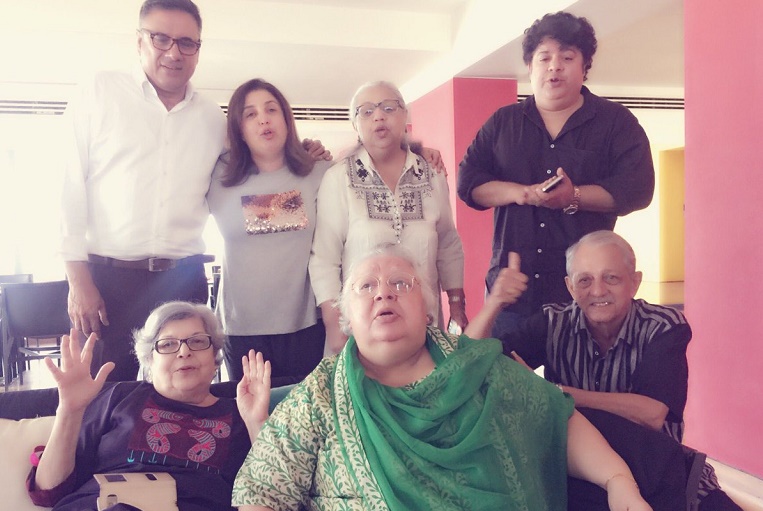 Choreographer-filmmaker Farah Khan, her brother and filmmaker Sajid, their mother Menaka Irani and actor Boman Irani and other family members got together to celebrate actress Daisy Irani's birthday on Saturday.

Daisy and her sisters, Honey Irani and Menaka, are best known for their stint in Bollywood as child artistes.

'I was Taken Aback as I have Homosexual Friends': Arunabh Recalls How ...

Gauri-Kiran-Farah-Deepshikha-Twinkle; Prove that Women can be the Last ...