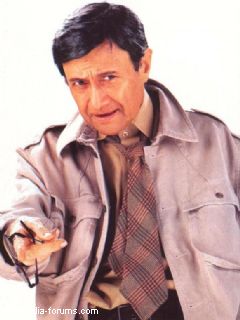 Fans of Dev Anand woke up to a rude Sunday morning shock as the news of the legendary actor's passing away in London unfolded here. His long-time driver has been unable to stop his tears.

The legend died of heart attack Saturday in London. He was 88.

A close aide of the deceased actor, Chandra Shekhar, (himself 89), said he was 'shaken' when he heard the news from a friend, the first thing this morning.

'I only wish that this time the news should be wrong... Dev saab had given his soul to the industry and now his life... I personally feel that he could not accept the fate of his latest movie,' Shekhar told IANS.

Prem Dube, Dev Anand's driver for the last 22 years, said he had not able to stop his tears since morning.

'I have been praying why God did not take me away instead of Dev Anand? He had given his entire life the industry and they needed him... He was himself a God,' Dube said.

Others expressed sadness at the demise of Hindi film industry's one of the most celebrated actors whose passion for cinema continued till his last breath.

'I was aghast... We all know he was very old and ailing, but his tremendous energy for life gave us a morale-booster... It is yet to sink in that he's no more,' a former bank executive R.R. Pandya (76) of Vile Parle, a die-hard fan of Dev Anand, told IANS.

'I remember, several decades ago, I was posted to a small town Limdi of Surendranagar in Gujarat. At that time, the entire town and scores of surrounding villages were gushing with enthusiasm as Dev Anand and Waheeda Rehman had come there for a spell of shooting for his masterpiece, 'Guide,' the scenes pertaining to the time when he became an ascetic,' Pandya reminisced.

D. G. Sharma, a retired businessman said that way back 50 years ago, he had sneaked his young fiancee to watch the then latest super hit release, 'Hum Dono' and both enjoyed the secret outing very much.

'Probably, it laid the strong foundations for our long and happy married life and we again went for a repeat experience when the same movie was released in colour,' said Sharma in a voice choking with emotions.

He added that the legendary late singer Mohammed Rafi, had given a unique, special voice for all Dev Anand's songs, just like he did for the late Shammi Kapoor or Dilip Kumar.

The actor will always be remembered for his all time classics like 'Bazi', 'Paying Guest', 'Guide', 'Jewel Thief' and 'Hare Rama Hare Krishna'.