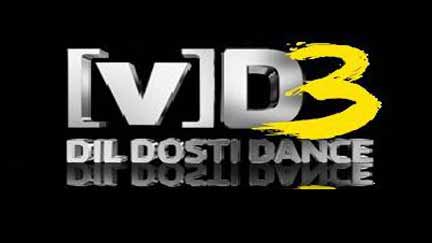 Cinevistaas much loved youth oriented show Dil Dostii Dance on Channel V has grabbed the attention of the masses by showcasing interesting tracks.

As reported by the show is all set to bid adieu and will come back with its new season.

The new entrants Karma (Jason Tham), Huma (Anusua Chowdhury), Ishita (Pratibha Paul) and Raghav (Sumedh Mudgalkar) have been giving heart winning performance in the show and the story revolved around them too.

In its upcoming episodes the juniors are preparing for the Farewell Party.

Our source informs us, "Tension will crop up on the Farewell night as juniors will plan something interesting amongst seniors to make them happy and joyful. But they will mis-understand things which will be the reason for tiff between them."

Further our source adds, "The tiff will be between Swayam (Shantanu Maheshwari) and Rey (Kunwar Amarjeet Singh) as both will be asked to do mimicry of each other. After the mimicry  they will blame each other for being rude. This will stun the juniors as they will be worried about their seniors who have indulged themselves into the fight."

"Later it will be revealed that the fight was planned and it was a fake one," ends our source.

Well, with the show nearing to end, the makers are trying to build some fun in the show for the viewers.

nature-beauty 6 years ago u were so dashing in the graduation party Kunwar Amarjeet Singh.

surbhimathur 6 years ago Shantanu Maheshwari you rocked yesterday along with vrushika! The dance was superrr. Love you ^_^
Stay blessed.

Ray-of-hope 6 years ago Best of luck to both Kunwar Amarjeet Singh and Shantanu Maheshwari. You guys are the best things happend to D3. All the best for your future projects.