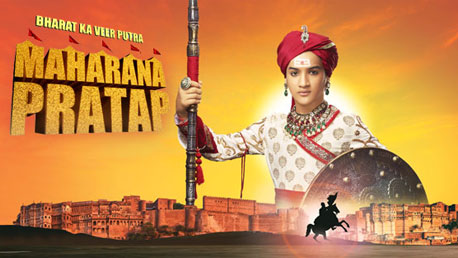 Lights camera action!! These are the words which every actor hangs on. However, there are a few talented actors who aspire to say the same words someday, just like our very own multi-talented Faisal l Khan a.k.a Maharana Pratap of the show Bharat Ka Veer Putra - Maharana Pratap on Sony TV.  He has already proven his prowess in dancing and acting and now this young mind is developing a keen interest on direction.

He uses every opportunity to understand the nuances of this new found passion.

Elaborating on his new interest Faisal shares, "Being on the show Maharana Pratap has let me evolve as an actor and now I have developed a keen interest in the intricacies of direction. I head off to the director's chair whenever I manage to squeeze some free time out from our schedules to gain as much knowledge as possible. It is fascinating to play the scene out in my head and then see how differently our director directs the scene in reality."

Here is wishing him luck with his new found passion and we are sure he will shine just as much as he has in the past. -Romi- 6 years ago Faisal Khan you are the best .
Love you totally .
I would not see the show without you after leap .

_GurIkaholic_ 6 years ago Faisu you are amazing

Love you as Pratap.

Ohhh 6 years ago Faisal you are very talented hope to see you as director some day .