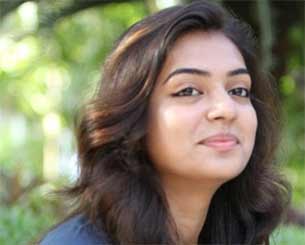 Actress Nazriya Nazim, who is all set to marry Malayalam actor Fahadh Fazil this August, says her fiancee has given her all the freedom to decide on her acting profession post wedding.

"Fahadh has asked me to decide my career post marriage. He wouldn't mind even if I continue acting but I really haven't given it a thought yet. I will finish all the films I have signed so far and will mull over whether to sign any new film after my wedding," Nazriya told IANS.

The couple, who recently got engaged, is settling for an arranged marriage.

Nazriya and Fahadh are currently working in a Malayalam romantic-drama titled "L for Love".

Fahadh, a popular Malayalam actor, is also the son of filmmaker Fazil. In 2013, he starred in as many as record number of 12 films.

Charvi Saraf is finally happy that her character got a ...
17 minutes ago