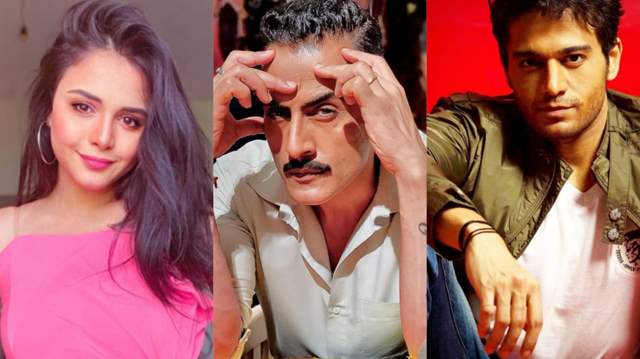 Star Plus show ‘Anupamaa’ has kept the fans on the edge of their seats. The show is set to introduce one of the most important characters in the show. The makers have planned a grand entry for Anupamaa’s love interest Anuj Kapadia. Gaurav Khanna is set to play the character. The promos are already doing the rounds which has left the viewers curious.

India Foums got in touch with actress Muskan Bamne who plays the character of Pakhi in the show and asked her about her views on the upcoming track. She quipped, “Well, there’s a lot of buzz and excitement on Anuj Kapadia’s entry in the show and I’m also excited for the same. I think it’s going to be a lot fun, twist and drama in Anupamaa’s life. Anuj is Anupamaa’s friend and a huge business tycoon from Ahmedabad.

She added, “Devika aunty had told the kids about Anupamaa’s friend Anuj and somewhere all of us were waiting for this track to happen. The promos look promising and I’m sure the viewers will be entertained. Finally, there will be someone who’s going to make Vanraj insecure and jealous. In the past when Anuj’s name cropped up, Vanraj was a little affected and I’m sure the audience would love to see this side of Vanraj”.

Are you excited for the upcoming track of ‘Anupamaa’? Post your thoughts in the comment section below.

Anupamaa: Anuj to fulfil Anupamaa’s dream; will take her to a beach in ...

1 months ago I think he is quite young for this role, I think ghurav Chopra would have been the best.