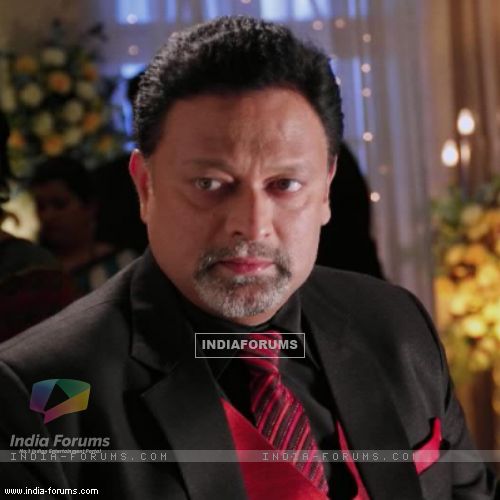 One of the most experienced and highly talented actors Kiran Karmarkar who is a renowned face in the Marathi industry, has acted in many shows and given outstanding performances in shows. While he is still known as Om from the very popular show Kahaani Ghar Ghar Ki, Kiran is all set to act in an action packed show Pukaar yet again with a grey shade character. In a chat with us Kiran talks about working with Vipul Amrutlal Shah, doing negative and positive roles and much more...

Let's see what Kiran has shared -
Sharing his excitement to work with prominent faces in the show Pukaar - Call For The Hero Kiran says, "I think working with Raj Babbar is something which this show has given me because he is the actor of that time when there was no media. There was no competition during that time. He is a very good person at heart and its amazing to work with him. Even Rannvijay is a very simple and down to earth person, I am yet to know about other star cast as I have not interacted much with them."
Talking about his bond with Vipul Amrutlal Shah, Kiran says, "I know Vipul Amrutlal Shah from a long time, I have done plays with him and his wife Shefali Shah. When I got a call for this show I was completely convinced."
When asked him about his character he says, "Audience will remain confused with my character. They will take time to understand that on whose side I am and what's my intention."

Audience have seen Kiran in a negative as well as positive character so what appeals so when asked him what appeals him the most he says, "Being the part of this industry I have essayed both negative and positive characters. I enjoy more while doing a negative character because its always challenging. Essaying the role of a villain becomes challenging to portray on-screen."
Kiran who has also acted in many plays and has an experience in the theater says that it is a completely different feeling and wants to do more of plays, "I have done many plays like Kachee Lamhe, Humsfars then I also did a play with Vipul Shah Bas Itna sa Khwab which became very popular. The experience of doing plays is completely different, the best part of it is you don't get a second chance whereas in movies and shows you get several chances. I become while doing plays so to remove this fear I will keep on doing plays."
Phalguni Sharma

iamjoe 9 years ago Its good for our industry and country also that big stars visits India . Waiting for the show of gaga with SRK .