Mumbai, Nov 4 (IANS) Unlike other girls her age, Esha Deol didn't bring in her birthday at a pub with her perky pals.

'I'm in Tirupati (Lord Venkateswara's temple) with my mom, conversing with the gods,' she said on her 26th birthday Nov 2.

'People see me as this 'bindaas' (carefree) girl. But there's this other very quiet and religious side to me. I've had these long conversations with god. So here I am, at Tirupati.'

Right now Esha wants to change lanes in her career. 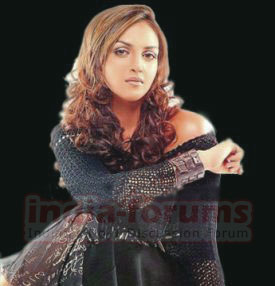 'Enough of doing nothing in big-banner films. I've become selfish. I've recently learnt to say no. So I've been saying no to guys and to movies.'

'I've been turning down big banners because I had nothing to do in their films. I'd rather do the things that interest me instead of movies that misuse me.'

Esha is now going back to her childhood passion.

'I used to learn Russian ballet as a child. I think I'll pursue that again, and practice my Odissi dancing while I wait for good roles to come my way.'

'Can you believe I've been around here for five and a half years! Have I changed? Yes! I used to be vulnerable and naive. Now I'm a tough nut to crack. Let's see who finally cracks this nut,' she laughs heartily.

So will Esha's guy be from outside the industry?

'Why?' she shoots back. 'My father is from the film industry. And he's the nicest guy I've ever met. So why not an industry guy for me? You never know.'

Esha returned to Mumbai from Tirupati on the evening of her birthday. 'For a quiet dinner with just close family and friends. That's the way I like it. I want to be alone with just the people who matter to me. I'm now getting settled in my space.' 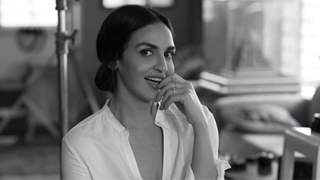 Esha deol shares a heartfelt note as she completes 20years in the ...