The latest elimination in COLORS' Bigg Boss might have been the most dramatic elimination in the show till date. Sameer Soni who has been one of the evictees is still in the aura of what exactly happened with him in the last two days of his stay in the house.

In an interview with Tellybuzz, Sameer opened his heart and shared his views on what exactly went wrong!! 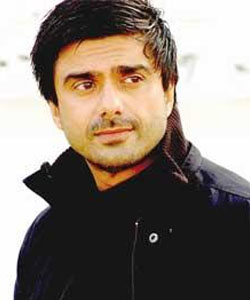 Are you happy to be back in your normal life?
Right now my frame of mind is still in what happened in the house and I will need some time to recover from it.

Can you explain what exactly went wrong in the house amongst the four of you?
I think the people saw what happened in the house, Dolly was yelling and using foul names against Shweta. Even though Shweta tried to fight back she couldn't keep up. Around this, there were grownups sitting and watching which I could not. When the fight turned abusive and physical I blocked the way and reacted in the most civilized manner, asking her to have a control on the language. But gradually the fight worsened and turned physical, it ended up with Shweta suffering bruises. Later on Khali also interfered and pushed me, asking me to stay away from the matter which really was disturbing, because he was quiet when Dolly was getting out of control. I made up the decision that either she or I would stay in the house.

What do you think of Shweta who stood for you and decided to walk out of the house,  but at the last moment ended up accusing you?
She is a sweet person and I have no issues with her because she is entitled to take her decision and it's her personal stand. I had issues with the decision of Bigg Boss eliminating me because as a contestant, I did not violate any rules.

What made you really lose your mind and react violently?
I just took off the mike and walked towards the exit, which was not violent at all because I never broke or destroyed anything like how a violent person does. I was disturbed because I had asked the inmates to take a decision fast and they were in two minds.

All the inmates were against you and they felt you instigated the fight..
That is a false statement that I instigated Dolly and how can I instigate her when people know how she is. If blocking her way from hitting Shweta and standing for Shweta is what they call instigation, then I have nothing to say.

Are you satisfied with the decision of Bigg Boss of you and Dolly Bindra being thrown out?
I don't think that eliminating me was a wise decision by Bigg Boss because she was the one who broke the rule.

When you were near the gate with your baggage, did you cry?
Yes (chuckles). I was crying because I felt cheated and the people who were with me in the morning, turned out to be different by evening. They stood up for me and were even ready to leave the house with me and by evening, the whole scene turned upside down. The funny part is they offered me their help when I never asked for any.

Who do you think are your well wishers in the house?
Manoj Tiwari, Seema ji and Shweta

Do you think you were made a 'Bali ka Bakra' because the other inmates played it safe and you were the one who fought against Dolly?
People watch the show and they know what happened and I believe that this is a test of your character. I believe that life moves on and I am confident and I do not regret for standing up for Shweta.

What do you think of Dolly Bindra as a person?
I really don't know because there are cameras inside the house and I just felt that whatever she did was to gain the attention of the audience, no matter in what manner, and she did manage to get it.

After all that happened, is your conscience clear?
My conscience is absolutely clear and I am proud to be a man who stood for Shweta and for that matter I will stand for any human.

Most of the viewers feel that you are innocent and should stay back, so will you be back?
It is the decision of Bigg Boss.

If given a chance will you get back?
If Bigg Boss takes the decision back and asks me to re-enter the house, I would definitely do that because I really love the place and do not have any problem with that. Regarding the people for that matter, as I said earlier, I believe that this is a test of my character and Bigg Boss is trying to test us by putting us under pressure and temptations to know how we deal with it.

How was your overall experience in Bigg Boss?
Challenging but a fantastic experience.

Do you regret today for taking Bigg Boss?
Not at all

If at all you wish to be friendly with any of the inmates after Bigg Boss ends, who will it be?
I cannot say that right now because inside the house we are in a strange environment where we are forced to be together, and also the ambiance is unusual with more than fifty cameras around us. So I cannot tell how I would be with them in real life.

Did you ever expect the experience would turn out like this?
I knew I would be tested and knew that I would be able to handle any situation well, and  believe that I did that.

What lesson did you learn after the experience in the house?
Pressure brings out the best in me because I am a boring person otherwise.

100prabh 8 years ago Samir ur an awesum person!!!
Hope u and Shweta stay good friends!!!

MuntahaShaikh 9 years ago Samirji, you proved you are diplomatic. Your intentions were very clear. You got the chance to attract the focus and attention and win public sympathy. You succeeded. But you cant fool the public.

yipee 9 years ago nice interview and very glad that he is back!

stranger2rose 9 years ago Nice answers ..he deserved to stay and win the show

hoping to see y back in BB4

snehapatro 9 years ago your the best person sameer...hope u get back to BB soon....proud of you...All the best...

surenkal 9 years ago Really appreciated the way you should up for Shweta. That's why decent people do, stand up to bullies and without getting aggresive, No matter what the channel says or people say, you are a hero

d.y. 9 years ago he shud be back.he is the best person on the show