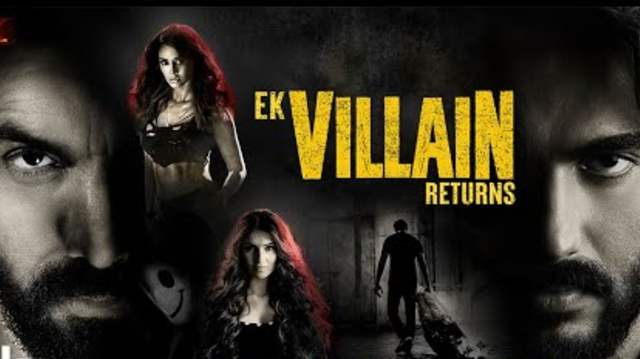 In the age of Superheroes, Ek Villain Returns to the big screens after 8 long years. With Ek Villain having been a hit, it comes as no surprise that the sequel would be such a huge affair. And if the trailer is anything to go by, you know the sequel is going to be an absolute hit too! The trailer has managed to create an even bigger buzz as you cannot possibly understand who the villain is.

Even though we haven't gotten to see Ritesh in the trailer, recent reports have hinted that Ritesh might have come back for the sequel. Ritesh had done an absolutely splendid job as the villain of the original movie Ek Villain leaving us wanting more of his villainous genius. And with his rumoured appearance in the movie, the fans are hoping their dreams might come true.

While fans are speculating about Ritesh’s role in Ek Villain returns, we have to admit the preparations for this movie have been no joke. The trailer shows us some of Bollywood's most handsome men and loveliest ladies showing off their villainous side. The trailer gives us a glimpse of Arjun Kapoor, Tara Sutaria, Disha Patani, and John Abraham’s sculpted new looks and the blockbuster songs that are already ruling the hearts.