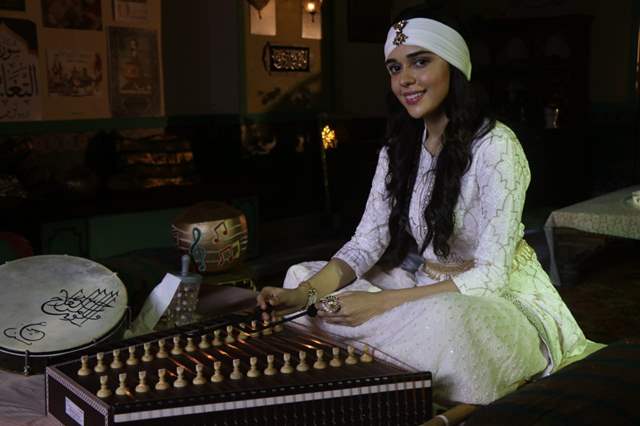 With the lockdown gradually lifting and people across the country stepping out into the new normal, Zee TV recently resumed shooting of its shows and is on the path to reconnecting with its audiences through the journeys of their beloved characters and diverse story telling. With this ongoing endeavour, Zee TV’s Ishq Subhan Allah?brought back one such character that viewers had fallen in love with, the original Zara Siddiqui who was essayed by Eisha Singh till last year. However, this time around, Eisha has returned to the show with a new twist to her character as a music healer!

The actress stepped into her new avatar of a music healer in an effortless fashion and she has left no stone unturned while she’s at it. In order to stay true to the portrayal of a music healer and be able to bring about the authenticity of her character’s talent, Eisha is also taking lessons to play an instrument which although is widely uncommon, is extremely soothing to the ear. Known to have brought several variations to her character in the show time and again, Eisha has been eagerly learning to play the Santoor instrument from a Guru ji on the set which she insisted upon having while portraying her role. Mesmerised by the tunes and sheer melody emitted through its strings, the actress now aspires to learn and play this instrument as a pro in the foreseeable future.

Sharing her experience, Eisha Singh said, “My return in Ishq Subhan Allah presented me with the opportunity to learn a lot from my new character and learning to play the Santoor is just one element of it. The instrument while is not so common, has a soothing and calming effect on one and its tunes have left me extremely fascinated. I was in a state of bliss on hearing the sound of the santoor for the first time when it was played on set by the Guruji who has also been teaching me. While I am still getting a hold of the basics and I’m far from being a pro, I’ve managed to get a minimal understanding on how to play the instrument and its effect on people. Infact, I do aspire to one day learn how to play this instrument fluently and ace at it.”

While exciting adventures are in for Eisha Singh, our Zara too is on nothing less than a roller coaster adventure herself. Kidnapped by her own, will Kabir be able to save his one and only love?

Adnan Khan reveals how he managed to reconnect with his old self ...

SamW92 1 months ago Love Eisha Singh as Zara. She is so cute !