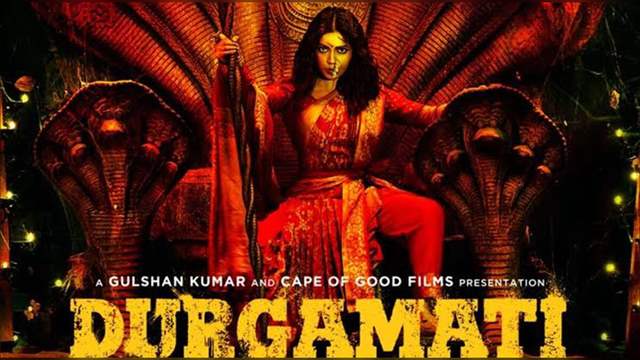 The much awaited trailer of Bhumi Pednekar starrer Durgamati- The Myth is finally out. The film is a remake of Telugu film, Bhaagamathie which featured Baahubali star Anushka Shetty in the lead role.

Bhumi Pednekar plays an IAS officer who falls prey to a political conspiracy and finds herself in a prison. She is taken to the haunted Durgamati haveli for interrogation, where the tables turn and she gets possessed by the spirit of a vengeful queen, Durgamati.

The actress doles out the finest performance of her career in this spooky drama. The jump cuts and gripping sequences will definitely keep you on the edge of the your seat.

The film was initially titled Durgavati but underwent a title change and was changed to Durgamati. No reason has been announced for the same.

sanyoprithviraj 1 months ago cant they make any original, again a remake of telugu movie.