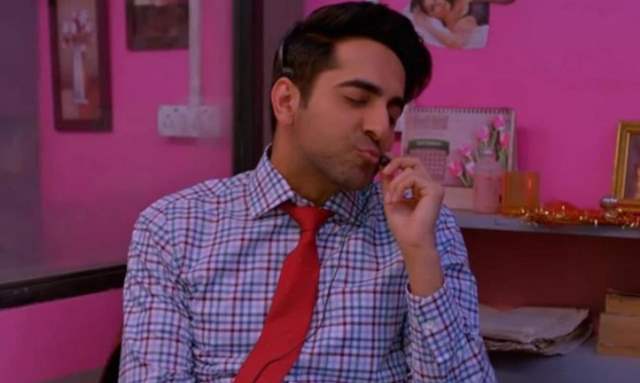 The man of the hour, the shining star and the exceptionally talented, Ayushmann Khurrana, has lately been the perfect endowment for the audience who loves proficient cinema. With his recent superhit films like Andhadhun, Badhaai Ho, Article 15, he has managed to satisfy the aesthetic cravings of the moviegoers. And there’s no stopping for this gem of an actor, as he has two big, unconventional movies lined up for him ahead. While he plays the role of a girl named Pooja in Raaj Shaandilyaa’s Dream Girl, he will also be seen in Dinesh Vijan’s satirical black comedy titled Bala.

Ayushmann will feature in a never-seen-before avatar in Dream Girl, and the film has been attracting immense buzz ever since the trailer release. The teaser gives glimpses of the actor acing the female accent and is proof that his unprecedented talent knows no boundaries. In a recent interaction, the actor shared an interesting childhood anecdote, when he spoke to his girlfriend’s father for hours as her female friend!

Back in the ’90s, when Ayushmann was barely 14, he revealed that he used to pretend to be his girlfriend’s female friend when her father used to answer the calls. “And we used to talk for hours because her dad thought that she was talking to a girl, “ he told Times Now.

Talking about his next highly anticipated film, Dream Girl, Ayushmann said that the film is an out and out masala film, and one of his most commercial films which is very different from others. “The tonality of this film is its masala. This is one of most commercial films because I have been known for my realistic performances. But this one is out there. So it has given me the chance to explore that territory of a commercial film. And it’s a lot of fun,” the actor stated.