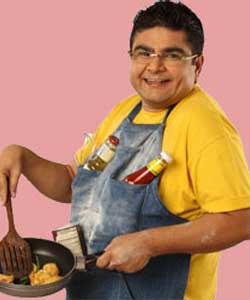 After all the emotional Maha Episodes, now it is time for some nerve ticking Maha Episodes and SAB TV's popular show Mrs. Tendulkar will take the audience to a roller coaster ride of fun with its Maha Episode. We hear the Maha Episode will concentrate on two tracks simultaneously.

A source says, "Since Suhas (Deven Bhojani) is a writer of a show, he needs a female actress to play the popular role of Banduk Bala. The whole women community of the colony will try to be at their best to impress and convince Suhas to take them in the show."

"Amidst the casting, a look alike of Suhas will steal 3 Lakh Rupees from the bank and unfortunately the blame will fall on the real Suhas", adds source.

We contacted Deven Bhojani and he confirmed the news saying, "Yes, I will be playing double role in the Maha Episode. It will be fun to watch the episode as there are many interesting twists going to happen."

Will Suhas succeed in finding his ideal Banduk Bala? Will he be able to prove his innocence in the bank robbery?

Watch all the humorous drama in the Maha Episode on 27 August at 10pm.