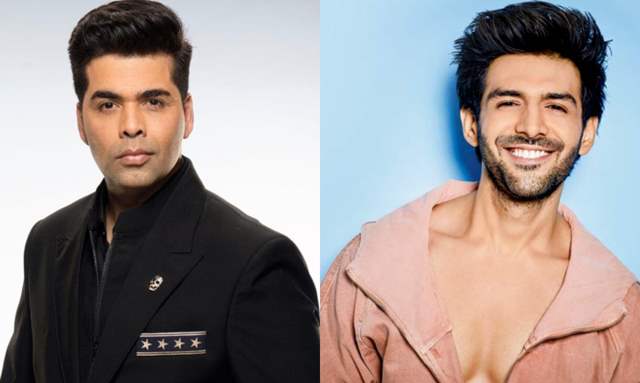 A lot has conspired ever since the reports of Kartik Aaryan being replaced from ‘Dostana 2’ made it to the headlines. While the reports suggested that it was the creative differences that provoked Dharma to ban Kartik from future projects, the real reason for such a bold move still seems to be in the wrap.

There have been numerous speculations since the past few weeks and considering Kartik is yet to break his silence, it has been an extremely hard time for his fans.

However, all’s not well on Karan Johar’s side as well. After this, there had been a lot of speculations as to who would replace Kartik Aaryan.

Now, if we are to go by the recent reports, Karan Johar is believed to be casting an actor with no filmy background to replace Kartik Aaryan in Dostana 2, to dodge the debate over nepotism.

Earlier, reports suggested that Karan Johar requested Akshay Kumar to come on board.

A Bollywood Hungama report, suggests that no actor has been finalized yet, however, Karan Johar is looking to cast an outsider. Furthermore, Karan Johar has been brainstorming over the casting of Dostana 2, with his creative team and director.

So far, the names that have been shortlisted include Akshay Kumar, Rajkummar Rao, Varun Dhawan, Siddharth Malhotra and Siddhant Chaturvedi.

The source quoted by Bollywood Hungama mentioned that Karan Johar has been pushing to get Akshay Kumar on board for several reasons. Primarily, because he is the biggest star of all the names mentioned, and also because KJo wants to have an outsider, to avoid any debate on nepotism.

“Karan Johar wants an outsider to avoid any insider vs outsider debate giving a rebirth to nepotism. Hence the first choice is Akshay. But if things don't work out, he will move ahead to explore the collaboration with other actors. Of the 5 shortlisted names, 4 are outsiders and hence, a safe bet at the moment. The core idea is to get an outsider replaced by an outsider," the source said, as quoted by Bollywood Hungama.

However, nothing has been finalized yet. In April, Dharma Productions had released a statement that read, “Due to professional circumstances, on which we have decided to maintain a dignified silence- we will be recasting Dostana 2, directed by Collin D'Cunha. Please wait for the official announcement soon.”

Meanwhile, Akshay Kumar is recently shooting for his upcoming film Ram Setu, however, the shoot came to an abrupt halt after the actor was tested positive for Covid-19.

Considering Akashy’s schedule, he is likely to take up Dharma’s offer. Previously, he has earlier worked with Dharma Productions in Kesari and Good Newwz (both 2019).

12 days ago Yes, because an outsider has no power to tell you your script sucks.

13 days ago Good, so these jobless trolls can shut up.