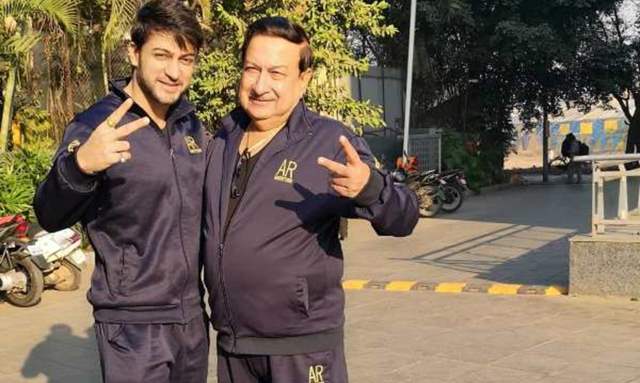 Shalin Bhanot by far has been one of the most talked about contestants of the season as the actor has surprised many due to his zeal and personality on the biggest reality show on Indian Television, Bigg Boss.  As per ratings, the season is doing extremely well and has been at par with the most iconic season of Bigg Boss, Season 13.  In a recent development, Sumbul's father made a third appearance in six weeks on the show, this time through an audio call where he speaks to his daughter and tells her, "Shalin Aur Tina ko unki aukaad dikha doh'.

These words have not gone down well with Shalin Bhanot's father who says, "Is this the way people speak on national television?  Making unjustified offensive comments on National Television, against other participants is very very cheap!  And it's more shocking that these comments and abuses were not edited out and rather shown.  Sumbul is an adult, either you shouldn't have sent her on the show and if you have then no outside guidance should be allowed as per the format.  This is unacceptable!"

We wonder why this biaseness has been happening which fans too have been speaking about on social media.  Why is it that only one person's parents are allowed on to the show and if its because of her age, then she should have never been allowed to participate.  Digangana Suryavansh had also been around the same age when she had done the show and many others have participated on the show at a young age.  The beauty of Bigg Boss has always been that age, past work, etc doesn't matter as everyone is on the same playing field competing.  However, this season seems to be very different.....