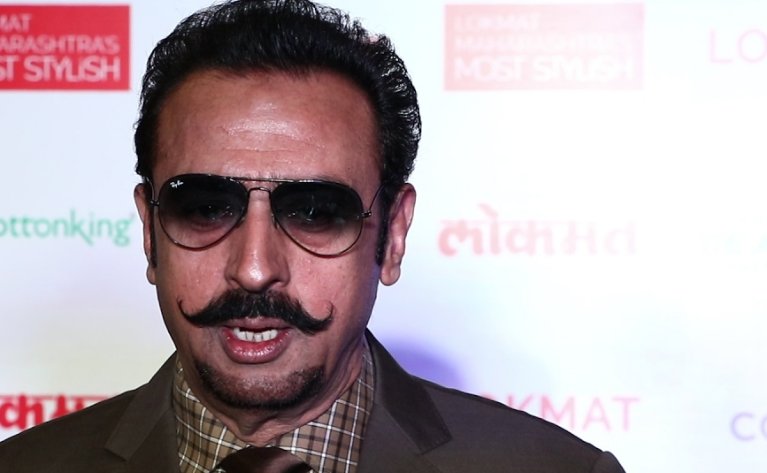 Veteran actor Gulshan Grover, fondly called the 'Badman' of Bollywood, says it's good that heroes are exploring the other side, but believes that a villain should be "beaten and humilated" in the end of every film and not be glorified.

Gulshan, who has worked in over 400 films since 1980 and essayed various villainous characters, says heroes essaying negative roles "is a very good sign".

Without taking names, Gulshan told IANS over phone: "Actors want to play something different and interesting. I am very happy that many of my 'hero' friends are playing villains. They are also showing us other dimension of how a villain's role could be portrayed. Many of my very talented and close friends have done a tremendous job in that."

"My only difference of opinion with them (heroes turning into villains) is that don't have a glorifying ending when you are playing a villain because, in my opinion, whoever the actor is, it does not matter."

"The villain must be beaten, humiliated and begged for mercy and must look completely de-glamourised in the end of the film. So that a message is sent that no matter how big you are, who you are, whether you are a hero, star, a big tycoon...if you do something bad, this is what will happen to you," added the 61-year-old.

"Other than that, it is encouraging to see hero friends playing the villain, which is also increasing the vision and battlefield that how a villain's role can be interpreted. What I do not agree to is the graceful stylish exit by handing them to the police or shooting them or blowing them up. No!"

So far a number of films have been made on prisoners, villains and real-life negative individuals like "Main aur Charles", "Raman Raghav 2.0", "Don", "Once Upon a Time in Mumbai", "Black Friday" and "Raees".

Should such films glorifying goons or gangsters be made?

"Bollywood has essentially been relying on the old classic fable that there was once a king and an evil minister, the minister in the end gets caught and punished and the king and queen live happily ever after. That is the storytelling of commercial cinema." he said.

"That is the storytelling of Mahabharat and Ramayana. Ravana in the end loses while Lord Ram wins. Kauravas lost because of their evil spirit while the Pandavas won... We are looking at Bollywood here. In that context, I am only talking about movies. The films must have, especially the bigger films, larger and commercial films must have an ending where whether it is any hero, he must have a humiliating end," Gulshan said.

Gulshan, who has films like "Ram Lakhan", "Mohra", "Saudagar", "Earth" and "Gangster" to his credit, says glorifying the bad in any way is a "debatable point".

"A cutting edge film can have this? Why not? They are not representing the larger cinema. Glorifying bad in any way is a debatable point. It can be that anybody feels that in real life do all bad people get punished... they (the filmmakers) maybe basing their films on that," he said.

Bollywood is bearing the brunt of a debatable censorship. So is it good for web films and series makers to not go through the grind and get half of their story killed?

"I think there is big disadvantage. When we were shooting for 'Badman', we were shown some content from various other companies and it had foul language and what not. Did any of them become popular? No! I think not having censors and going crazy for the sake of shock is not going to help make your project popular."

"In my understanding, people are looking to be entertained and it is not necessarily dirty words or uncensored stuff. The series of 'Badman' gives this feeling that you make it with the intention to entertain and give good content to the audience, it will rise. 'Badman' has risen beyond our imagination from the internet and crossed boundaries and entered theatres of the rest of the world," Gulshan told IANS.