Shilpa Anand, the original Riddhima of Star One's Dill Mill Gayye has not been forgotten by her loyal fans, who even today demand her comeback into the show.

The entry of the third Riddhima in Jennifer Winget has really made her fans upset, as they feel that Shilpa Anand should have been brought back.

Telly Buzz talked to Shilpa Anand who categorically stated that, "I had no inclination to get back to Dill Mill Gayye. But I 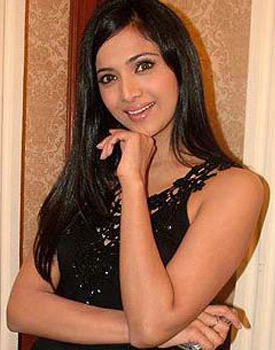 Featured Video
got a call last week, and the channel wanted me to get back to the show. However, the production house was not ready to pay me what I quoted".

When asked her about the money she wanted and what the producers did offer, Shilpa said, "I really do not want to talk about figures in the media circle".

When we asked her about reports that she quoted big money, she quips, "I have had some bad memories working with the unit and thought if I had to get back after all that, they had to pay me the price. Having said this, I also maintain that I did not quote that huge a sum. Anyways, it did not work out. But frankly speaking, it happened for the good as I did not want to get back to DMG. DMG for me is a closed chapter. When I was there, the show was a hit. Even though I have not really followed the show after that, I have heard that the show is not doing well now".

"In addition to this, I have had many problems in the past with the production house and did not want to get into a tangle yet again", adds Shilpa.

Tell her that her fans look forward to her comeback into the show even today, and she quips, "There is something called 'Destiny', and life around me has changed a lot in the past one year. I really feel bad for my fans who have loved me to no extent. I love all my fans, and I have personally got lot of love from the character of Riddhima. I wish the show all the best and viewers a happy viewing".

On life, Shilpa states, "I have not been in the country at all for the past few months. I had been to New york, and returned just a couple of weeks back. After coming back, it was heartening to know that DMG was calling me back (laughs)".

Life has been a roller coaster ride for the actress. "I actually ended up breaking relations with my boy friend Parikshit Sial. We had been dating for nearly two and half years, but we knew each other from many years. There were certain family issues, and at times you get to realize certain things much later. Also, he had other plans in life and hence we decided to part ways", explains the actress.

Shilpa says she has moved on in life and is looking forward to more happening things. "I will surely let you all know if I accept any project. After all, I want to make my fans happy again", says the actress as she signs off. 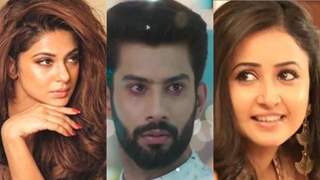 7 years ago Shilpa Anand no one can replace you, i repeat no one .

+ 2
10 years ago Loveee you shilpaa..
you will be always the best,only and orginal riddhima..OLD IS GOLD

+ 3
11 years ago @Abhi_2292:u got the meaning wrong she didn't said bcz of her she was whn i was in the show it was hit n dat is true bt not only bcz of her bt the chemstry she shared with Karan n they both made it hit DMG was one of the top 20 show in industry bt now its not it comes in 100 list....every one has their own choice by saying no offence will not do anything bcz u have hurted by saying all this for me and KaSh are the best n will always remain one and she is nt up to herself before saying something get to knw dat personally thn judge

11 years ago but i found that very rude, she propably did have problems with the production house but that dosent mean you say that the show was a hit while she was there and now its not good,that why its been running for nearly 4 years lol ;P, its only been running for armaan she is so up her self, i think jennifer has portrayed riddhima way better then she did and i love kajen way more than kash, no offence

sandhyaIsen 11 years ago If dmg is closed , open a new book for us shilpa.

KashLove 11 years ago Missing you shipaaaa
You were the orginal and best Riddhima
Kash 4 ever &lt;3