A lot is happening in the sets of Zee TV's Parivar - Kartavya ki Pariksha. The producers apparently are leaving no stone unturned to boost up it's constantly oscillating TRPs. There have already been a couple of new entries and exits. The track has now shifted from being based in a chawl to the moneyed circles of the Shergils.
The latest in it is the entry of model turned actor Diwakar Pundir and Sonia Kapoor, playing the brother sister duo, Shaurya Shergil and Sanghamitra Shergil.
We caught up with Diwakar Pundir to give us some more insight into the character.
What is your role all about?
" I play Shaurya Shergill, who is the elder brother of Adhiraj, and own the hospital in which the protagonist Radha ( Deepti Devi) works in."
Is it a negative or a positive role?
" The character has grey shades. He has a lot of attitude, is arrogant, and an extremely shrewd businessman. However, on the personal front, it seems that he has had a bad past with women, so he is tends to be wary of them. Initially, he might come across as rude and an insufferable person, with an equally arrogant sister not helping matters, but gradually the viewers will find out that he is not really as bad as he looks." 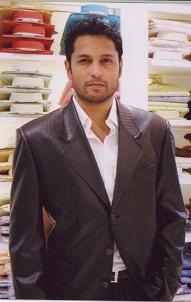 How do you think you fit in the serial?
The story is now running on a completely new track, so plot  is now different from what it was before. Hence fitting in situation does not arise. The story was earlier based in a chawl, but now it has shifted to our family, the Shergils, where I will be bringing in a character from there to my home and how she tries to fit in.
Does this mean you will be the love interest of Radha?
(laughs) That you will have to wait and watch.
How has it been shooting with the new cast?
It's been really nice. I have worked with quite a few of them before, so I know them, and hence it has not been very difficult to settle in.
How long do you think the track will be?
As of now, I have been given the understanding that it will be a lead role. However, you know how the economics work. If the producers find the track is successful, they continue with it. if not, they cut it short. However, I am hopeful that it will be a success.
We too hope that the role will be a success, giving the much needed fillip to the TRPs of this serial. Meanwhile, in a recent episode, Deepti Devi, the lead of the serial, faced a miniature crisis of sorts. While shooting for the entry scene for Adhiraj Shergil, her whole face and hair got plastered with muck, in a sequence where the actor had to drive roughly across, splashing mud on her. Unfortunately, Deepti realised too late that the muck also had grease and tar in it, and it refused to cleanse. She had to resort to cutting her hair to rectify the situation. 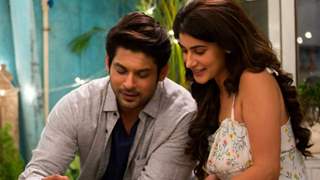 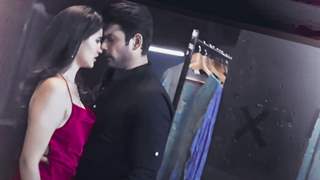 + 2
13 years ago kool seems like radha and old kshom may like each other. INTERESTING...they will make a cute pair hopefully

+ 5
13 years ago After Harsh; Diwakar seems to be the next best thing!
I just hope this improves the TRPs - we can do without a new sudden twist!

13 years ago It recently started here in the States, so I don't know to much about the story, but I'll definitely watch it for Diwakar...!

+ 7
13 years ago I've been so upset ever since Pranay (Harsh Vashisht) left the show. but I think Diwakar is going to make it all interesting again.
And I think Sonia is a vamp. she just seems the type.

+ 2
13 years ago parivaar is going down the drain after the departure of pranay. hopefully these 2 will pull up the dipping TRP's. but all i can say is bring pranay back! we miss him!

+ 2
13 years ago thanx.but the plot seems sumwht like the english movie while u were sleeping,with his brother being in hospital n now she has to play his fiance n will eventually fall for his brother