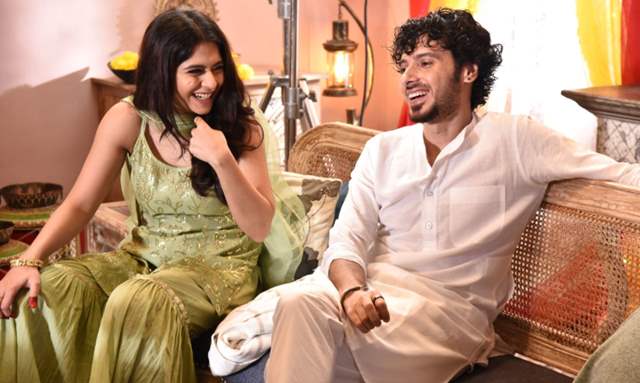 ALTBalaji and ZEE5 Club's Bicchoo Ka Khel has finally released and has stood up to the expectations of the audiences and critics, receiving applause from all across. Besides sharing the screen space in the show, the lead actors - Divyenndu and Anshul Chauhan recently unveiled their connection of being students of the same college back in the day.

Divyenndu shares, “Anshul was my junior in college, however, our batches are very different. We were in Kirorimal college, KNC Delhi. We come from the same theatre society also called 'The Plair'"

Anshul says, “I'm Divyenndu's fan especially after Mirzapur, so I used to be nervous facing him, in our shots. I hope this wasn't seen in my performance"

Set in Varanasi, which is the city of light and the Hindi heartland of Uttar Pradesh, the narrative revolves around Akhil (Divyenndu), a writer who is a fan of pulp fiction.

In the trailer, we see Divyenndu as the mastermind of a dangerous game. Being a man on a mission who is ready to take on the world, we see Akhil strike down his enemies one at a time by stinging like a Bichhoo.