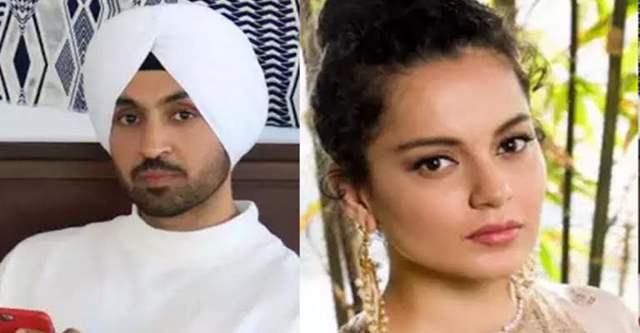 One would have imagined that the feud between actors Diljit Dosanjh and Kangana Ranaut would die down over time and there might not be any development to it later. This was more so because Dosanjh rarely gets into any controversies or feuds. However, that hasn't been the case and in fact, their feud has only gotten bigger in one way or another.

The two have been taking jabs at each other in several ways and the latest one is from Dosanjh's end. The Punjabi actor in his trademark style, yet again went to clap back at Ranaut by saying how she lives with misconception and also went on to offer her his PR person's job. “You live with such misconceptions about yourself, don’t think Punjabis have forgotten what you’ve done. We will have our answer for you soon," wrote Diljit. He added, "I don’t understand what her problem with farmers is. Ma’am, all of Punjab is with the farmers. No one is talking about you.” He also joked about hiring Kangana as his PR by tweeting, "Enu Mai PR Lai Na Rakh Lava ?"-