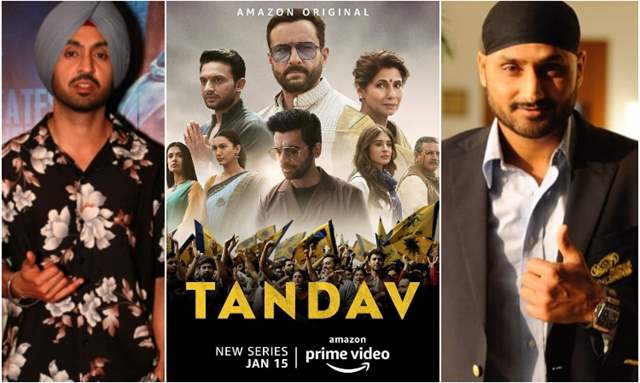 Riding High on success, one of the most awaited series, Tandav finally premiered on January 15, 2021, on Amazon Prime Video. The gripping political narrative, dumdaar dialogues and spectacular performances by the ensemble cast became the highlight of the show and has been garnering plaudits from the viewers.

Even the cricket superstar, Harbhajan Singh couldn't stop praising the amazing plotline of the show. Check out his reaction on the same,

Even Internet sensation, Sidhrath Shukla shared his reaction for the web series.

Superstar Diljit Dosanjh too took to his social media to send out good wishes to the team of 'Tandav'.

'Tandav' is now premiering on Amazon Prime Video and will be available for Prime Members in India and in more than 240 countries and territories.