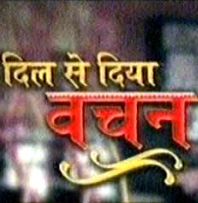 The CINTAA rule wherein no unit member can work for more than 12 hours, which includes actors of the telly and bolly industry has no doubt given some breathing space for all. But daily soaps seldom give the actors time for themselves, and the struggle to shoot the episodes on time and also have a bank is always on!!

Recently Zee TV's Dil Se Diya Vachan faced such a problem wherein the unit was left with no episode banks, and the team had to work for extra hours to deliver on time.

Our source tells us, "Recently the sets of Dil Se Diya Vachan was tension-filled as the creatives and actors were striving hard to complete their deadlines. They shot continuously for more than 24 hours to stay on track. The actors were given a break of two hours in between, wherein they rested on sets after which they resumed shoot".

We contacted, Gaurav Khanna to know more on this, but he said, "I do not want to comment on this issue".

Our efforts to reach to the creatives on the sets were futile.

GauravsDbest 9 years ago LOVE u Gaurav..ur such a dedicated, hard-working, sincere, honest and humble person and professional...But yeah do tc of yourself...

sawri 9 years ago y can't indian soaps start weekly or twice a week soaps again? will b easy for everyone... y all these channels are insecure and torturing eveyone for the sake of trps and to get that changing stories and tracks every after a day... thats very very wrong.

brainychild92 9 years ago @Dansindiadans those aren't soap opera's.. these r soap opera's..example of american soaps are days of our lives, passion, charmed... those were non-stop like indian soaps.. cuz they are soaps not series... cw does not show soaps but series...

shanak.hot 9 years ago gosh 24 hours...no wonder why these actors get ill sometimes

leavesandwaves 9 years ago This soap is too dull and a big headache.

sam. 9 years ago Wish all these channels stop torturing their actors and technichians just for the sake of TRP's