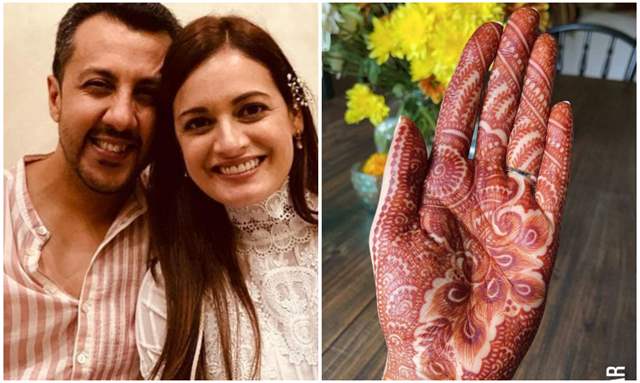 If reports are to be believed, Bollywood beauty Dia Mirza is all set to get married to her businessman boyfriend Vaibhav Rekhi today, on February 15, 2021. While neither of them have officially announced the same, the actress’ latest post has confirmed it quite enough.

On Monday, ahead of her wedding, Dia took to her official social media handle to drop a picture of her mehendi. She shared a picture of her hand, decorated with rich henna and she wrote, "Pyaar (love)." 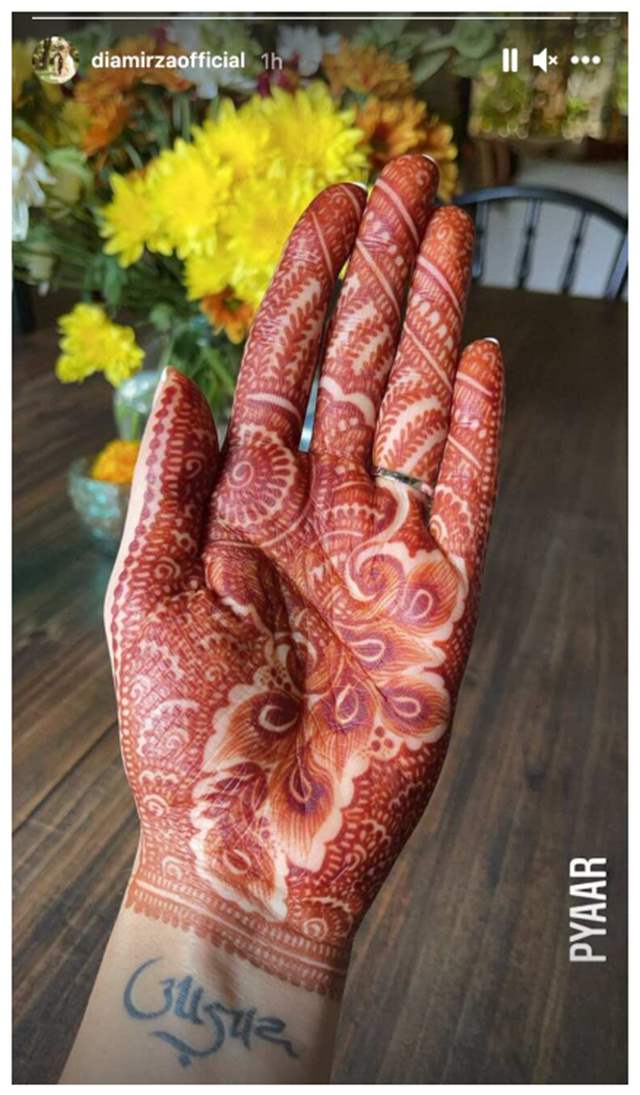 The wedding news of Dia Mirza and Vaibhav Rekhi made headlines on Saturday and the very next day, the actress was spotted attending a party with her friends and Vaibhav in Mumbai. Pictures of the duo had also gone viral on the Internet.

Pooja Dadlani, manager of Shah Rukh Khan seems to be a close friend of Vaibhav, took to Instagram to share a picture of the two on Instagram and welcomed Dia into the family. Sharing a picture of the happy couple, Pooja wrote, "Welcome to our crazy family @diamirzaofficial.. we all love you."

As per reports, Dia and Vaibhav will tie the knot today, in presence of family and friends. The actress will reportedly get married in a traditional ceremony and a registrar will also be going to her residence for registering the marriage. Meanwhile, there will be no sangeet ceremony for the wedding.