View Profile
After bringing the story of athlete-turned-dacoit Paan Singh Tomar alive on the big screen, director Tigmanshu Dhulia is set to adapt 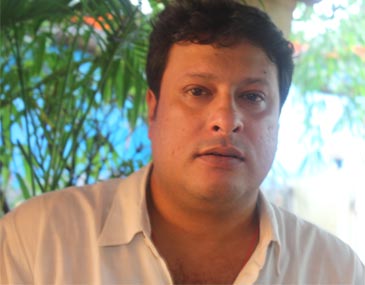 The project was first discussed with filmmaker Goldie Behl over a decade back and now he is set to produce it.

Dhulia worked as a writer for Behl's 2001 directorial "Bas Itna Sa Khwaab Hai". That's when he suggested him a Hindi adaptation of "Hamlet".

"Goldie and I had planned to make 'Hamlet' when he made his debut 'Bas Itna Sa Khwaab Hai', for which I wrote the dialogues. I guess every film has its destiny and we could not do it back then. But 'Hamlet' has risen again and now we will translate the tragic hero's story on screen," Dhulia said in a statement.

The project will be produced under Behl and his sister Shrishti Arya's banner Rose Movies.

"Tigmanshu and I go back a long way... We started our careers around the same time in Rose Movies. So it feels great that he's coming back home but this time as a director. We both are very passionate about adapting 'Hamlet' as its the ultimate revenge drama," said Behl, who is married to actress Sonali Bendre.

The last movie released under Rose Movies was "London Paris New York", directed by debutant Anu Menon. It was released on the same day as Dhulia's "Paan Singh Tomar", which received critical acclaim as well as a great response at the box office.

Arya believes Dhulia will do justice to the desi version of "Hamlet".

"Tigmanshu is the perfect person to take a subject of the scale and size of Hamlet and infuse into it a dimension all of his own. I'm very excited with the way the script is shaping up," said Arya.