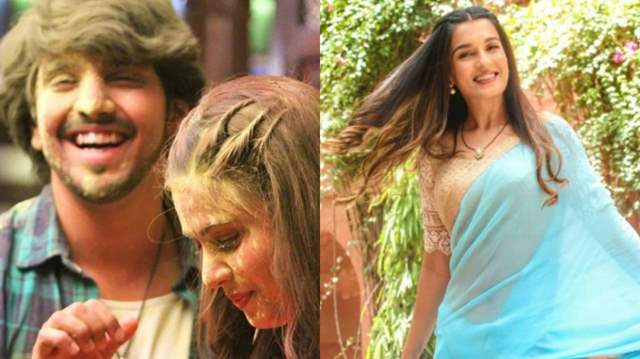 Star Plus show ‘Pandya Store’ is getting quite interesting with each passing episode. The current track of the show revolves around Raavi returning to Pandya house to take care of Dhara. In the previous episode, Raavi saved Dhara from engulfing in fire.

In the upcoming episode, Dhara and Raavi will have an emotional reunion. They’ll hug each other and apologize. Raavi states that she hurt Dhara and is apologetic for the same while Dhara tells her sorry for not being able to protect her and keep her in the house with respect. Raavi tells Dhara that she will stay in the house until she delivers the baby as she doesn’t know what’s in store for her in the future.

Dhara tells Shiva that because of his rude behavior he lost a beautiful person like Raavi. Shiva replies that now it’s too late to discuss the same. Dhara tells him that it’s never too late and he can rectify his mistakes. Shiva doesn’t agree to the same and leaves.

Anita is set to give fruits to Dhara as she’s pregnant. On the streets, she finds two women selling ayurvedic medicines for any and every problem. Anita asks them to give a medicine which can keep a woman and husband separated. The women take all the details about Pandya family. They give Anita a medicine and tell her to mix it in the fruits and give it to Dhara. Anita does the same. Dhara eats the fruit and fall asleep. The women enter the house and it’s revealed that they’re thieves. They tell Dhara that they’re aware of her pregnancy and she should calmly let them do their job.

+ 5
2 months ago Whatever was shown in the orecap was scary. Why do the makers write an absence of an actor due to personal reasons and include kidnapping track. Why can’t they show that she has gone to Hardik Bhai’s house for rest for some dats. They could show other characters, their scenes in Shiny’s absence.