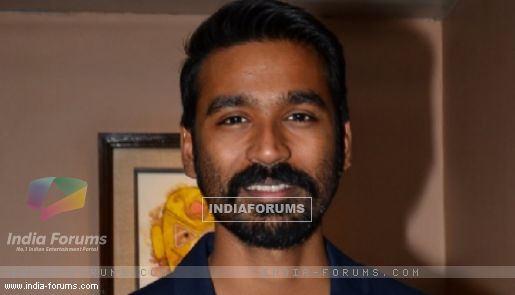 Actor Dhanush, who has played a variety of roles in his career so far, will be seen essaying the role of a pantry worker in filmmaker Prabhu Solomon's yet-untitled next Tamil project.

"The entire film will be shot in moving trains. Dhanush will be playing a pantry worker," Solomon told IANS.

Known for working with newcomers, Solomon chose Dhanush because he loves his performance.

"It's true that I prefer working with new faces, but Dhanush is an exception. He's an amazing actor and this film will showcase another side of the actor in him," he said.

The filmmaker usually likes to take his audience to faraway, unknown spots through his works. And he says he will surprise audiences in this film as well as he's planning a trip to Assam soon to zero in on some locations. He adds that the film will be a travel script.

"I've always wanted to do a travel film. In a train, it's quite possible to find many stories," he added.

The film's story is about a guy who travels from Delhi to Chennai via Duronto Express.

"I'll spend the next few weeks finalising on the locations. Dhanush has already started working on his next project. Once I'm back from my location recce, we'll discuss with him possible dates to start shooting," he said.

Prabhu is yet to finalise the rest of the cast, and the film is most likely to feature a new heroine.

Dhanush, who recently wrapped up Tamil romantic-comedy "Maari", has started shooting a yet-untitled project in the language with the team of his last year's blockbuster "Vela Illa Pattathari".