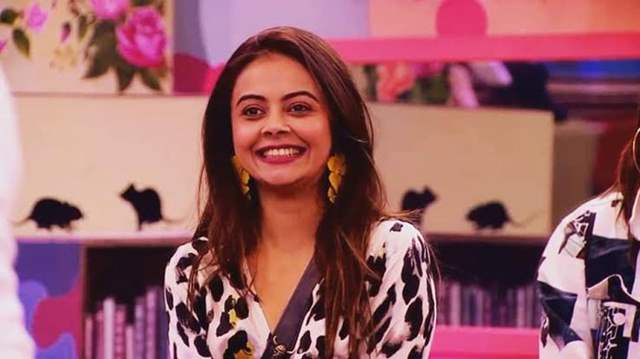 Bigg Boss 13 is pretty much in the final days of it's runtime and while many feel the fatigue of how long this season has been, the ratings certainly speak differently as they continue to rise every week.

In an attempt to keep the momentum going till the finale, this upcoming week will see a range of surprises coming in as friends and family of the housemates will come in to support and the respective contestant and even stay in the house.

But the biggest entrant in the list will certainly be in the form of Devoleena Bhattacharjee. Yes! That's right. According to a report in SpotboyE, Bhattacharjee will be coming in to stay in the house for four days in order to support her friend Rashami Desai.

For the uninitiated, Bhattacharjee was one of the front-runners initially to win the show but has to quit it owing to health reasons after which she did make one apperance to bid everyone goodbye.

Her re-appearance will not only provide the support that Desai needs but also bring in twists owing to her history with other contestants in the house.

Are you excited for her re-entry? Leave in your comments below.

‘French Biriyani’ Director Reveals His Unique Technique and ...
a minute ago

Vir Das opens up on debuting in an unscripted homegrown ...
7 minutes ago

Janmashtami 2020: Urvashi Rautela wishes for good health and ...
16 minutes ago

Gaurav Chopra expresses gratitude to everyone who helped him ...
an hour ago
View More
TOP