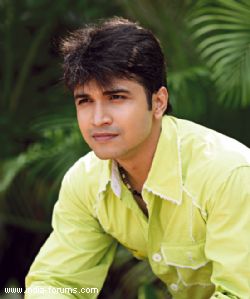 Tellybuzz has reported that 24 Frames' new offering for Colors Chhal..Sheh aur Maat is set to surface soon. With names like Karan Goddwani, Hunar Hali already locked in, the latest to join the cast is Dev Keswani who was last seen in Sahara One's Subha Kadam.

According to our source , " Dev Keswani will play the character Karan, a fun loving guy but at the same time very responsible towards his family. Karan's character has different shades.Initially, he will enter as main lead Avinesh's friend. Karan will do everything that his brother tells him to do."

We contacted Dev who confirmed the news, " Yes, I am a part of the show but can't divulge the details about my character. It's an interesting one and you will have to wait and watch."

The show will launch from 19th March at 9 pm.

Patrarekha 8 years ago stupid channel and PH ...that all i can say

MrRockySingh 8 years ago @TB- So this show Chhal Sheh Aur Maat will come from 19th March at 9:00 pm on Colors.

So what about Phulwa which is presently on air at 9:00 pm.

I think it will shift to some other time slot like 6:30 pm

Alpha_Ka_Gamma 8 years ago looking forward to the show..intersting promos..Logo ki itni stupid bashing ke baad this show will rock in ratings..And all will be shocked..

beebutterfly 8 years ago We do not want this show if it's going to take Phulwa's place. Im sure it wnt get any viewers if colors decide to remove a show like Phulwa for this one.

rasp_berry 8 years ago Who cares abt dis show... Nyways it is going to b a flop show wid such a pathetic side actors.