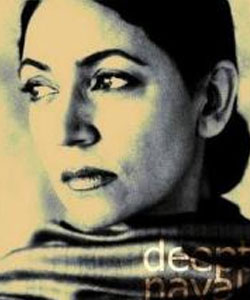 Deepti Naval, the simple, beautiful and talented actress of yesteryears is the next big Bollywood name to set foot on the small screen. Deepti who has appealed one and all with her sensitive performances in both parallel and mainstream cinema in movies like Chashme Buddhoor, Saath Saath, Angoor, Mirch Masala etc will now enter Colors' Mukti Bandhan.

Deepti will essay the role of Chandraprabha, mother of Devki (Esha Kansara) and ex-lover of I.M. Virani (Shiv Subramaniam). Her comeback will give way for a very interesting story line.

A little birdie tells us, "The production house was looking for a big name and fine actress to essay this role. Deepti Naval has been finalized and will start shoot soon.  Devki and Bhavanji Bha will soon be shown preparing for the shradh of Chandraprabha. But nobody knows that the lady is still alive. I.M. will be the first to get a glimpse of Chandraprabha and this shakes him from within".

We hear that as the story unfolds, it will be shown that Chandraprabha has actually survived the road accident in which she is assumed to have died. After surviving the death scare, Chandraprabha decides to let go of all her family ties and has been leading a pious life for
years.

When TellyBuzz talked to Deepti, she confirmed the news of entering Mukti Bandhan, but asked us to call later.

How will Virani and Devki's life change with Chandraprabha's comeback?

There's lots to look forward to in Mukti Bandhan..

haijitu 9 years ago I have watch some serial for the last 2 months.. This serial awesome.
NO serial can compete this serial

-Preeti- 9 years ago AM happy that Deepti would b entering the show but why get her as Chandraprabha ... why get a character alive when uve shwn her to b dead

arunima_LUIT 9 years ago oh wow ...I hav always admired deepti jee ...glad to watch her back on screen

siyona 9 years ago this is an awesome news..deepti is an amazing actress n mukti bandhan an amazing show.. waiting for her entry..

Princyz_Belle 9 years ago Wow that's a awesome newz Chandraprava alive???What will IMV do when he'll see her.Hope now IMV will b more rocking...

bhavika0611 9 years ago wow, no one else could have done justice to that character

Pirated_Fun 9 years ago Great ., i am her fan .. recently saw "Memories in March" she was great in the movie ..

shahsb_26 9 years ago MB is gonna rock... But Alive chandrapracha? will IMBV believe she is CB?

Bhavini Purohit to be a part of Saath Nibhana Saathiya 2?
6 minutes ago

Urmila Matondkar Does Not Regret, But Ready to Apologise for ...
28 minutes ago

Shabana Azmi speaks about recovering from her Devastating ...
51 minutes ago

Who is AK in Sushant's Unseen Video that has Surfaced? Watch ...
55 minutes ago