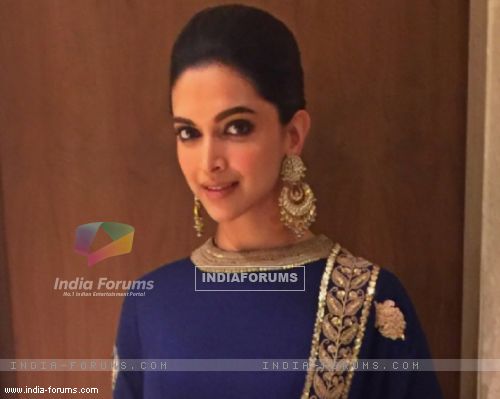 Deepika Padukone's recently released Piku has been extremely loved by all, especially in Kolkata as the film features a Bengali family and also has been shot in Kolkata.

The actress was inundated with calls from Kolkata requesting her to visit the city. Lots of families and well-wishers have been inviting her to Calcutta to wish her and congratulate her on her stellar performance in the film!

With several requests coming the actress's way, Deepika decided to take some time out and visit the city again, after shooting for Piku. Deepika visited the city last week and met the people of Calcutta. In fact the actress also attended a party that was thrown in her honour by a Bengali family.  It was a lovely evening where she interacted with the who's who from Kolkata.

Deepika, who looked impeccable in a Sabyasachi anarkali at the party, interacted with a lot of people who are entrenched in Bengali cinema. They all were high on praise for Deepika and also asked her if she had actually learnt the language as her diction was perfect.

It was a lavish spread where Deepika also tasted some authentic Bengali food and was keen to know on how they were cooked. The actress felt loved and was extremely happy with their feedback and the way audiences have loved the film.

With Piku, the actress yet proved herself again and the success and appreciation is still pouring in! Piku's success has been enormous at the box office with the movie still running in the theatre. Deepika's performance in the film is still continuing to gather tremendous accolades and is one of the best female lead films we have seen so far.

+ 4
5 years ago Deepika is one of the most versitle actress in Bollywood... The roles played by her are commendable...