The roles she had pr 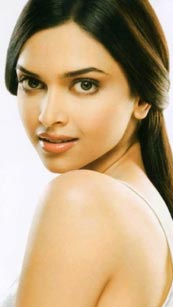 
[The former model has just finished the shooting of 'Karthik Calling Karthik' and has started shooting for 'Housefull' which is set in London.


Deepika's co-stars in 'Housefull' include comedians such as Akshay Kumar, Lara Dutta, and director Sajid Khan. All of the actors know there razor-sharp comic timing very well. Deepika admitted she was immediately intimidated. Furthermore, she added, "I was lost. But Sajid does one very good thing. He acts out every scene. I find it easy to follow what he wants. I'm learning fast. I've realised that comedy is the hardest thing to do. And all these actors are so good at it. Akshay has worked with the best comic directors. I'm learning comic timing watching him."


Deepika also stated, that she is very comfortable working with Akshay and that she was looking forward to doing comedy. It took her a while to get a hang of it but, she is having a great time trying her best.


Moreover, when Ms. Padukone talked about Farhan she said, "Since I'd already met him on his chat show 'Oye it's Friday', we got along on the set immediately. Farhan makes people around him comfortable. Maybe it was because he's been there acting, directing, and producing. He made me very comfortable. When Kartik started and got over, I didn't even realize. It was so much fun."