View Profile
Just when we 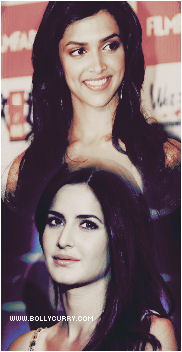 thought news from Karan Johar's recent celebratory bash had hit an all time high, we are once again astonished to find more patch up news had come our way. The latest concerns a certain leggy beauty and a Brit babe. If you haven't guessed it yet, we're talking about Deepika Padukone and Katrina Kaif.
After almost two years of not speaking to each other, Deepika and Katrina have finally worked out their differences. Yes, the rivalry between the two Bollywood divas, which kicked off with Kat's growing friendship with Deep's then beau, Ranbir Kapoor, where the closeness ultimately started bothering the Bangalore based beauty, has finally come to an end!
According to sources, it was Deepika who extended the olive branch. She walked up to Katrina and requested to put the past behind them as she herself has moved on in life. Her gesture was welcomed by Kat who was only more than happy that Deepika let bygones be bygones. The two leading actresses were later seen engrossed in conversation looking very comfortable at it, while their respective 'good friends' Siddhartha Mallya and Ranbir Kapoor were seen standing apart.
It looks like luck is definitely favoring KJo these days as it's no secret that he is very keen on casting the two in Dostana 2. Maybe after their patch up, his dream will come true?
We sure hope so!
Editor(s): Medha & Jenifer.
Graphics: Sanober.
0 Likes