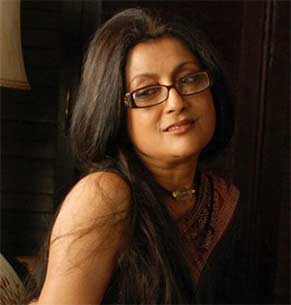 Filmmaker Aparna Sen Friday lamented the dearth of movies in India showcasing the plight of the marginalised communities and the urban and rural poor.

She said nowadays Indian audiences are receptive to different genre of cinema and the formula-based films no longer satisfy them.

"I have told the young filmmakers why don't they show the stories of the poor...those living in villages, even the urban poor...like the maidservants who work for us. What about them? Why aren't you speaking about the common people...where did the poor go?" she asked during a session at the maiden Kolkata Language and Literature festival here.

"I would like to see films on the marginalised people...those who are invisible citizens...and society has no space for them," she said.

Exposure to world cinema has fanned an interest among Indian viewers for content-oriented films, which according to Sen, is an advantage for filmmakers.

"They want concept-based films as society has changed...this gives us filmmakers a certain degree of creative freedom. We now know that audiences will listen to us and they will stand by us," she said.

Sen stressed the need for thought provoking documentaries and films.

"They (the audience) need something which can shock them."

But she cautioned that in the age of "instant coffee culture", filmmakers need to be clear about their storytelling and not be abstract.

"You can't expect the audiences to do their homework and come to watch a film...if its too abstract, then it will go over their heads," she said, adding technology has brought about a sea change in the film industry.

"Audiences are educated and they demand more than just a good star cast."