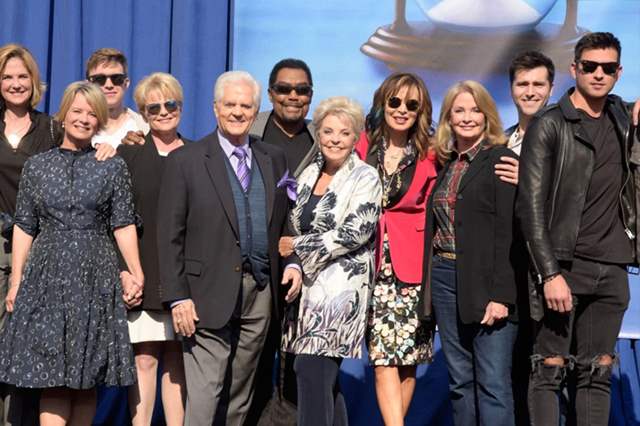 The longest-running show of all time, Days Of Our Lives is all set to join three other daytime dramas in plans of returning to production plans.

Corday Productions, the company behind the venerable NBC soap, on Thursday sent emails to the cast notifying them that taping new episodes would resume on September 1, I have learned. Reps for NBC, Corday and Sony Pictures TV declined comment.

When the show goes back, it may be without one of its key creative auspices, co-executive producer Greg Meng. Daytime Confidential is reporting that Meng has been let go after 30 years with Corday, most recently as VP. We will update the story as more information becomes available.

Of the other daytime dramas, CBS’ The Bold and the Beautiful is in production; it has been shooting new episodes for more than a week now. CBS’ The Young and the Restless just postponed the targeted July 6 return by a week, with July 13 now eyed as the new tentative start date. ABC’s General Hospital is still on track for a potential mid-July production restart.

In January, NBC renewed Days Of Our Lives for a record 56th season. Set in the fictitious Midwestern town of Salem, the show airs nationally on NBC in the U.S. and in more than 25 countries internationally. The core families are the Bradys, Hortons and DiMeras, and the storylines involve elements of romance, adventure, mystery, comedy and drama.

'Van Helsing' Becomes One of The First Shows To Restart Production ...

Eva Green Slams Back at Allegations That She Killed The ...
24 minutes ago

Mahima Chaudhry Reveals Being Bullied By Subhash Ghai; Only ...
46 minutes ago