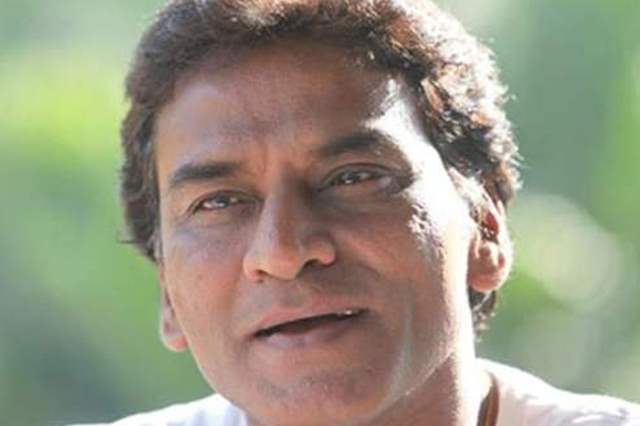 The immense popularity of Taarak Mehta Ka Ooltah Chashmah is not a secret at all where not only is the show the longest-running sitcom on Indian television but also continues to fetch big numbers with every passing week. And while it is totally understandable that a show that has completed 12 years of runtime and is still on will certainly see a dip in the quality of its content, the case with TMKOC has been rather long withstanding now. Facing a lot of backlash for a while now and not being able to deliver consistent content for several years now (the latter years in the mentioned 12 years), one can only imagine if the makers and actors know about it and if they do, what is their take on it.

One of the popular recurring characters on the show is that of Inspector Chalu Pandey, which is played by actor Daya Shanker Pandey. In an exclusive interview with us, we first asked him about how the show completed 12 years recently and what does he think is the reason for such longevity and later on what does he have to say on it receiving some backlash with the content getting repetitive and even monotonous to an extent.

He first said, "I’m thankful to the audience for staying with us throughout such a long journey of 12 years and more is yet to come. Lots of good stories and performance are waiting in the studio. The actors, writers, producers, directors are loaded with a lot of creativity that they wish to give back to the audience in return for the immense love that they have given to the show the past 12 years. The reason behind its longevity is that the storyline and performances are very natural and close to the common man’s thinking. People can relate to the show’s content and actors and believe that the narrative on TV is their own story, there might be another section of the audience that searches for something else in the show that suits their interests. Personally, I think the reason audience likes the show because we try to relate to their emotions every time and they love to connect with us."

He later added, "Tarak Mehta is a show which is liked by people all over the world and not only in India, I am glad that my character in it has been loved so much by the people. As far as the content is concerned, it is very difficult to make comedy and especially when a show runs for 12 years, if it lasted for a shorter period, we could have said that the content is fetched. Twelve years is a long journey and the entire team is very excited to perform and give their best. You may argue that the content is repetitive, but at the end of the day it’s a story of common people and the same things may happen to ordinary people multiple times and that is what is reflected in the show as well. We have always tried to show it in a different way, in line with the ongoing storyline. I’m not agreeing with statement of content being repetitive, but its different to churn out new plots and the entire team works very hard to give the best to the audience."

Alpha_Ka_Gamma 1 months ago Completely DISAGREE..!! Why give such a justification that these things happen daily hence repititive track ?. Bapuji missing and Jetha dreaming everytime?. Same tracks of Jetha Babita. Sundar cheating and Grown up adults still behaving like Kids. Show has become too Artificial and always preaching. There so many stories which they can show like: 1) Daya returning with Mother 2) New Neighbours joining and fights with all 3) Popatlal get married officially 4) Anjali and Babita having kids 5) Love story of Grown up teenage kids 6) Society getting sold and all moves into new township but coming back to relive memories before demolition. Many more. But alas the lazy writers wont write and rather have a single plot track dragged for weeks.

Neonholic 1 months ago I completely disagree with him. People are right, the content is very repititive and that brings a monotonous picture of the show infront of audience in nowadays episodes. Repeated dream sequences, repeatedly somebody is missing, Daya's most unnatural reason for staying away from her husband and family since 3 years. There's no point of watching this show anymore because it never grants the feedback. The producer keep on pretending that audience give them a lot of love but trp says everything. Running a show for 12 years is simply silly without bringing any interesting aspect. I had stopped watching it now and very happy without it. Atleast i wont be disappointed any more with the tracks as i am not a core viewer like before.