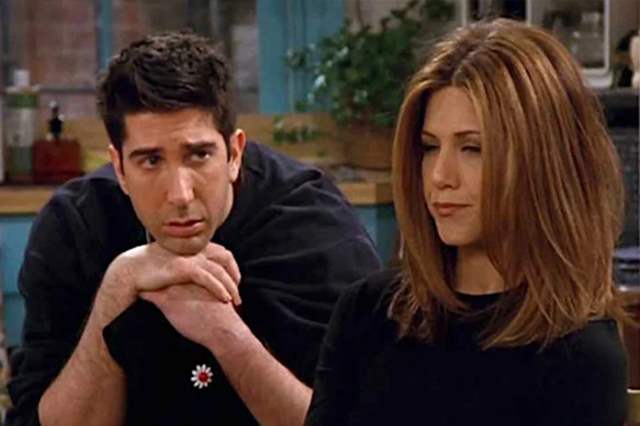 The most ardent fans have had their takes on the various debates and fan theories that the cult classic Friends has to offer all the time. However, if there is one debate specifically that has led to constantly opposing views then that is if Ross and Rachel were on a break when Ross apparently cheated on Rachel.

David Schwimmer aka Ross himself settled this debate once and for all during his appearance on The Tonight's Show With Jimmy Fallon.

The debate started on season three of Friends when Schwimmer's character, Ross Geller, got together with another woman after he and Jennifer Aniston's character, Rachel Green, got into an argument. Rachel accused Ross of cheating, but Ross claimed he thought they had broken up when the hookup occurred and famously argued, "We were on a break." The line was repeated several times throughout the show.

During his interview with Jimmy Fallon, Schwimmer acknowledged "people are so passionately divided" on this subject. So, where does Schwimmer stand more than two decades later?

"Yeah, it's not even a question," he said. "They were on a break." Friends debuted in 1994 and ran until 2004. And while it may be hard for fans to imagine anyone else playing Ross, Schwimmer said he initially passed on the role. The 53-year-old actor said he "had a miserable experience" working as a series regular on a show before Friends and that he vowed to never do another sitcom after the show was canceled. "I moved back to Chicago; I was doing theater with my company; and I got the call from my agent about Friends," he recalled. "And I just said, 'No, I'm not doing it.'"

But after he got a call from Jim Burrows, who directed the pilot episode, and learned that creators David Crane and Marta Kauffman had written the character Ross with his voice in mind, Schwimmer knew he couldn't say no.

"When I heard that they wrote this part with me in mind, I was like, 'OK…let's do this,'" he said. "That's the biggest compliment ever."

"It's unscripted. It's basically a really fun interview and then some other surprise bits," he said.