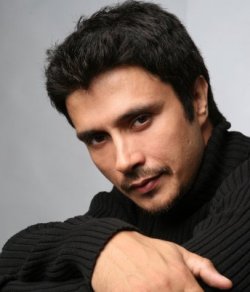 A few days earlier,Tellybuzz reported on the inclusion of Rakshandha Khan in Nikhil Sinha's Devon Ke Dev. Mahadev. Sources confirm that the man who played Mrudung in Imagine TV's Baba Aiso Varr Dhundo will now be returning to a mythology on Life OK.

A little birdie from the industry informs, "Darshan Gandas, last seen as Mrudung, will now essay a powerful role in Life OK's Devon Ke Dev. Mahadev. He is all set to play the leader of the devils, Shukracharya. Shukracharya is a 'rishi' and the only reason why the fights between the devils and the gods take place."

Darshan will start shooting for the show from today.

We contacted Darshan who confirms, "Yes, I will be playing Mrudung in Mahadev. I am very excited to essay such a powerful and negative role."

We also hear that Darshan is in talks for a few other projects.

pdkasr 8 years ago he is just superb actor, loved his performance in BAVD, looking forward to see him in Mahadev ...

aashiLife 8 years ago waiting to see what u hav in store for us and good luck playing Shukracharya !! :) its a powerful role ... !!

Sonni 8 years ago Awesome show leads are just great.. the whole set+direction+Dialogues, great music and acting is just awesome.. keep up the good work team and pls dont lose the focus and plot:)) thanks

..Naina.. 8 years ago Awesome show! Looking forward to seeing how he impacts the story :)

evasumi 8 years ago Welcome Back Darshan Veerji in another powerful role.

You are a fantastic actor and i am sure you will do a great justice to the role..

asmuasmi 8 years ago i love everything of dis ahow,.the show is tooo gud!!

_Ananya_ 8 years ago I seriously LOVE this show. The narration, the sets, costumes, actors, everything! Keep it up!

Priyanka Chopra praises Sonu Sood as UNDP confers him with ...
54 minutes ago