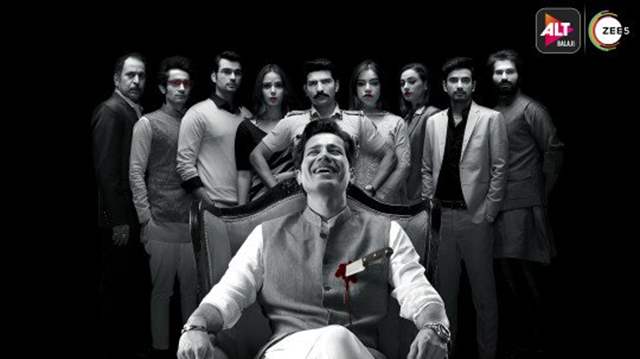 Produced by Sunjoy Waddhwa and Comall Sunjoy W, Dark 7 White is directed by Sattwik Mohanty. The story is an adaptation of the book by the name of Dark White and is written by Shweta Brijpuria, by Mohinder Pratap Singh, and Mayuri Roy Choudhury. A crime-thriller, there's a lot that one feels is as cliched as it gets, but it is the performances that give the show an edge, and rightly so.

The story is that of how Rajasthan’s CM designate Yudhveer Singh (Sumeet Vyas) is murdered while he is on his vehicle to the ceremony. While it is a mystery that unravels during the due course of time, officer Abhimanyu Singh (Jatin Sarna) discovers that this is complex than it looks. Now, the possible suspects aren't one, but quite a few, including Kush (Kunj Anand), Yogesh ( Shekhar Choudhary), Inakshi (Monica Chaudhary), Greshma (Taniya Kalra), Dhaval (Rachit Bahal), Shashank (Sumit Singh), his fiancee Daisy (Nidhi Singh) and his grandfather Maharaja Shamsher Singh (Sanjay Batra).

While the question of who has killed him continues to lurk around, it is the short-episodes that keep everyone hooked just about fine. Over the due course of time, we see every episode unravel with time and it is something that keeps us all engaged. While the premise is one that has been an ongoing thing, a murder, few suspects, and the suspense around it. However, the series does have its own highlights, one being how quick the episodes are, which not only keep us hooked to them but also manage to make us look forward to the next.

Talking about performances and Sumeet surely wins it for us, and while that is no surprise, the character he plays does manage to have us absolutely in awe of him, no matter how the story goes. After seeing him play certain kinds of roles for a while now, this comes as a fresh addition to his filmography. Another great thing about the series is Jatin as the investigating officer, and together, they both manage to wow us. Unfortunately, we don't get to see as much of the others as we'd like to, purely because of the linear nature of their characters.

With all of that, if you ask us if the shot deserves a watch, we'd say it sure deserves it, purely because of the story it narrates and the gripping nature of the series. While it is not free of loopholes and does have a certain done and dusted sense of being, it sure makes for a one time watch and a few episodes might get you in sync with it.