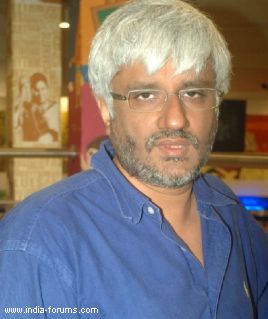 The first teaser of Vikram Bhatt's 3D project 'Dangerous Ishq' might be released with a Hollywood movie, says lead actor Rajniesh Duggal, who will be seen alongside Karisma Kapoor in the film.

'The teaser of the film will be launched most probably with a Hollywood 3D film. There are a few films that are lined up in 3D. We are yet to decide the film with which we should release the teaser. But it should be out by the end of February,' Rajniesh told IANS.

The model-turned-actor will be seen in the movie with Karisma Kapoor, who is set for a comeback to showbiz after five-year break.

Rajniesh considers himself lucky to work with the charismatic Karisma. He says he has grown up watching her films and feels she is a 'wonderful co-star'.

Despite Karisma's presence, Rajniesh is secure of his role in the film.

'My role is pivotal. No one can take my film away from me...besides it's a love story,' he said.

The title of 'Dangerous Ishq' sounds unusual, to which Rajniesh said: 'The title is such because the film is about the dangers that are involved in love.'