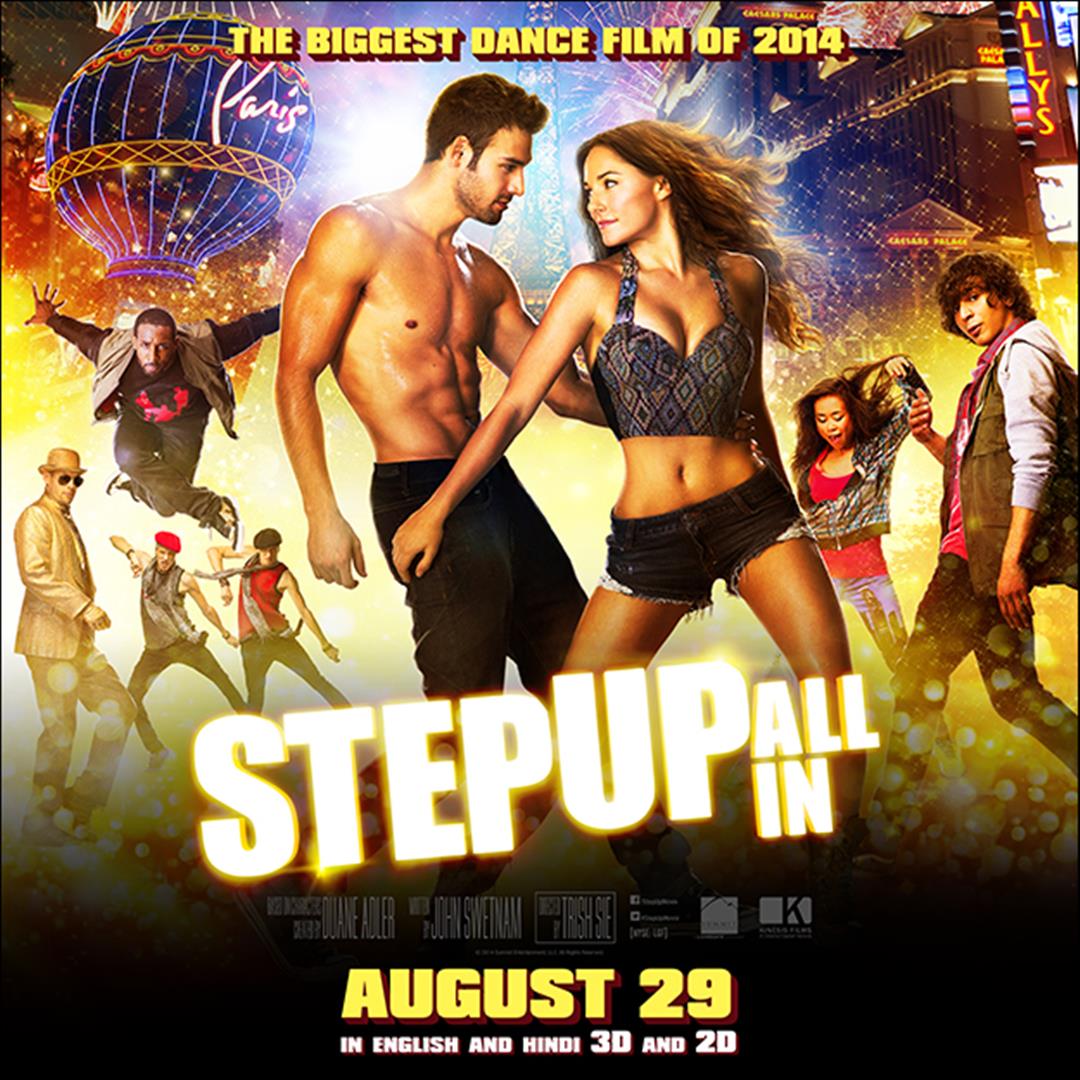 Step Up All In the latest chapter of the phenomenally successful dance series from Summit Entertainment, is due to release in India on 29th August in 3D and 2D. The fifth instalment of Step Up will be released in English and Hindi.  The film will be marketed and distribute in India by Kinesis Films. This is the first time that a Hollywood studio like Lionsgate has collaborated with an independent Indian distributor to release their film in India

The fifth instalment of the international dance extravaganza - Step Up All In, is an all-star jam with the stars from previous instalments coming together for the ultimate showdown in glittering Las Vegas, battling for a victory that could define their dreams and their careers. This film has never seen before spectacular dance sequences that will leave audiences spellbound with the magic of 3D.

Step Up All In stars Ryan Guzman, Briana Evigan, Stephen Boss, Misha Gabriel, Izabella Miko, Alyson Stoner, Adam Sevani and has been directed by Trish Sie. Get ready go all in and step up and get geared to go see a dance spectacle like never before on 29th August in 3D at a theatre near you.

Step Up All In