The vivacious and bubbly actress Daljit Kaur is back to television after her show Santaan went off air. The winner of Nach Baliye 4 will now be seen in Paritossh Painter's new show Beach-O-Beach on COLORS. 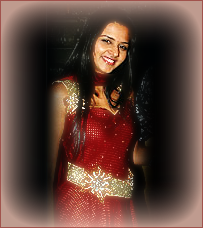 "Daljit has been finalized to essay one of the important characters in the desi version of FRIENDS", informs our khabroo.

Elaborating more the source adds, "Well there will be some new and old faces. The show will be a mix of Baywatch and FRIENDS. It's the story about friends and their day-to-day life".

As reported earlier by Telly Buzz, the shooting of the show is taking place in Goa. "There were many big names that were approached, but nothing has been finalized yet on the multiple cast of the show", quips the source.

"The time slot of the show has not been finalized, though the last we heard was that it is going to be a tri-weekly from Friday to Sunday. But the final decision has not been taken yet", concludes our khabroo.

We tried calling Daljit but she refused to comment on this.

We also tried calling Paritossh, but he too was unavailable for comments.

Well, this certainly is good news for Daljit fans. Let's see whether any other big names get on board for this unique show to be shot in Goa…

fly2me 11 years ago Desi version of FRIENDS?!
oh gosh...it better be good because friends is amazing and if they are not able to represent the desi version good then its going to be really very bad but i am sure that its not going to be as good as the orginal FRIENDS.
Just my opinion!:)

restoration 11 years ago baby987....u''re in minority there i guess, since Shaleen daljit won the finale based on public voting. But frankly Megha was a tad bit better than Daljit BUT Shaleen was waaay better than all three of them combined, so the trophy rightly went with Shaleen.....daljit just got lucky...

Anyways looking 4ward to the show.

saiyaa.sharma 11 years ago u r absolutely right baby987. i am not even saying that u dont have right to have ur opinion. ofcourse u do. and hey even i think naman megha were a sweet couple and i wish them all the best. they deserved every bit to be there in the finals. i only said that shajeet were good from the begining. thats why i think they got full marks almost six times...which cant happrn by fluke.
and if u dont like daljit...its absolutely fine.
u have ur opinion and i am sorry if u felt bad for anything.
i love daljit.cant do anything about that and i think shaleen and daljeet make a great pair...
i hope i have a right to my choice as a fan too.....
cheers!
:0)

jaan7 11 years ago O M G..NO WAY..they''re copying Friends now...that is going to go down te drain all the way..seriously no way they can recapture the magic and charm of Friends

baby987 11 years ago saiya sharma.. if they wer deservin to u then its ur opinion... they r not cute accordin to me.. dats my opinoin.. n i think evrybody has a right to voice their opiniopn here.. anyway i think they shudn butcher friends first of all n if they wan to then i think they shud go for fresh faces rather then daljit...

Mrignaini 11 years ago LMAO, the indian version of Baywatch and F.R.I.E.N.D.S. ROFL! There truly is a dearth of creativity on Indian TV then, completely!