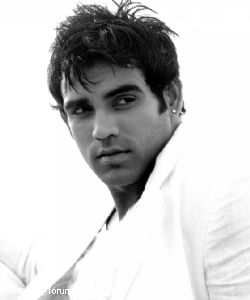 After Maryaada Lekin Kab Tak? got an extension from the channel, the latest we hear is that Dakssh Ajit Singh is all set to leave the show.

According to our source, " Dakssh Ajit Singh who portrayed the first gay character, Gaurav, on Indian TV is quitting the show as he feels that the character has nothing  to do more with the role. It was a mutual decision between him and the production house to end the character."

We contacted Dakssh Ajit Singh who confirmed the news, " Yes I am leaving the show. It's a mutual decision between production house and me. The reason is that there was no growth in the character. I played the first gay character on TV and there was nothing more left to do. I am now open to take up another role on TV."

Dakssh will last shoot till 25th of Jan.

anusha.cochin 8 years ago wil miss Gaurav...its disappointing...he was such a strong character of the show

lilmzsunshine 8 years ago But Devyani needs you now, more than ever!!!! I know there isn't much happening with your character now, but we could still make a wave in the ITV industry by showing a wedding b/w you and Karan? Or a live-in situation if nothing else? And in India.

Come on, everyone needs you now. Devyani needs both her sons now that Brahma is away.

Jifrabifra 8 years ago We will miss Gaurav and I wish Dakssh all the luck for the future!

--AiSha-- 8 years ago hey daksh u cnt leave maryada .the show is incomplete without u...u portyred the role very beautyfully u proved urself as the best beta ...who always understood his mother very well unlike adi

A HUGE FAN 8 years ago That is too bad, the character was good & needed.

forestry 8 years ago That's a pity. But you he played a gay character superbly and becoz of his great acting, and his convincing act till now, I am sure it has made a difference in many peoples lives, especially those in daily contact with gays in their lives. I suppose we should accept your decision and PH acceptance for you to quit but to tell you honestly, Maryada won't be the same without you for the next 6 months. Your acting has essence and does not seem an act at all. Hope you have other roles in which we can see your best yet again. All the best in your future endeavours.

shivaNiSu 8 years ago its righttime u had made decision ..if it will be good if u still play as gaurav..
But if gaurav's character gets sidelined its really bad.
All the best for ur next proj..
I really like u as gaurav..
All the best !!!!!

aura9 8 years ago Noo we don't want you to leave the show. You are the only sane male character of the show.

brainychild92 8 years ago how about the gay husband of a straight woman! help her move on! don't quit! there is more u can do. we love u!!!! :(

Nawazuddin Siddiqui Waited 20 Years to Work with Sudhir ...
4 minutes ago

Rakul Preet Singh confesses to being a part of drug chats ...
34 minutes ago