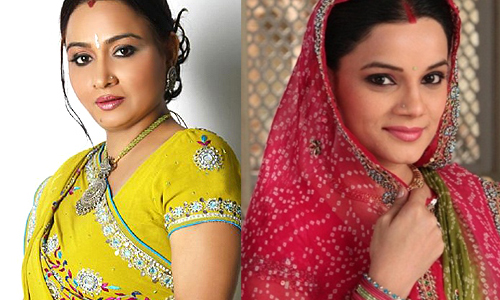 Shashi Sumeet Mittal's popular show Diya Aur Baati Hum which airs on Star Plus is witnessing a lot of drama these days ever since the truth of Kanha and Mishri has been revealed.

According to the ongoing tracks of the show, we have seen how in order to stop the child marriage of Mishri, Meenakshi (Kanika Maheshwari) revealed the shocking truth in front of the family that Mishri is her daughter and followed by some drama and she was put behind bars.

The drama seems to get over but its not going to be as we have heard from our source that, "Very soon, the Rathi family will be seen celebrating Rakshabandhan wherein Chavi (Sehrish Ali) too will come from her in-laws place to tie Rakhi to her brothers. Mishri will be tying Rakhi to Kanha and soon then Daisa (Urmila Sharma) will enter the house after getting released from the jail. She will further tell everyone that she will take her grandson Kanha at her place leaving the members of Rathi family in a state of shock and teary eyed. All will plead to Daisa that not to take away Kanha from them."

"Daisa is planning to take revenge from Meenakshi for her wrong deeds," adds our source.

When contacted Urmila Sharma, aka Daisa she said, "A lot will happen in the upcoming tracks of the show. The tashan between Meena and Daisa will continue."

sanw 6 years ago I think if the rathi family can take mishri so daisa can take kanha away. nothing wrong in this

ranil. 6 years ago Thanks for the article
Diya aur baati hum rocks
DABH ...