This week’s all the three shows had some really good performances. But the chaos by the judges in these shows seems to be creating more of din than rapturing music for the audience.

It is said that Music creates order out of chaos: for rhythm imposes unanimity upon the divergent, melody imposes continuity upon the disjointed, and harmony imposes compatibility upon the incongruous. But today all these reality shows are making sure to prove the above quote wrong. 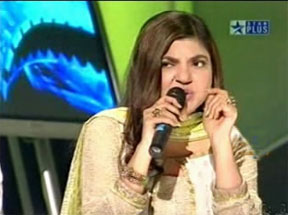 Featured Video
The word unanimity somehow has lost its meaning in all the three shows. Agree India is a nation with diverse thinking. But here the Di-verse thinking is somehow becoming more of Multi-verse thinking now. SVOI showed one judge giving too low marks while others so high that the disparity is too evident. Such is the diverse thinking of Alka Yagnik that for one contestant she has low marks for not singing up to the mark, while for another she has high marks as she felt he had potential even though he sung worse than the girl!! Same was seen in Indian Idol too with the views of the judges. But what is Alisha doing - She seems to be praising every other contestant even if they have not performed well. Sitting on the seat of the judge she needs to understand that she has to be a critic first - Hope in the following episodes, she starts giving critic comments rather than just praising the performances. 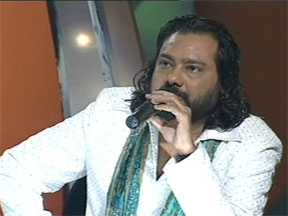 The diverse opinion has now entered the sets of SRGMP too as the Drama continues with Ismail Darbar again taking the issue of bringing in the regional contestants while all the other mentors have already agreed to this format. Agreed it was very unfair on the part of Zee to do this but this was something that was made known in the very first show. So now the same question arises again… How much of this drama is actually happening and how much scripted? 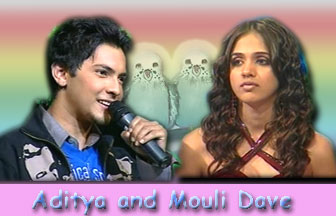 SRGMP has decided to make full use of Aditya’s popularity among the mass. This week, for no reason what-so-ever, Himesh brought out the issue of Aditya and Mayya Mayya girl Mouli’s new blooming friendship out on the sets for discussion. But yes one thing for sure - Aditya has really improved as a host. But it is Shaan who seems to have lost the touch, the charisma. This week Aditya was asked by Himesh to judge the contestants on his behalf. But why was he asked to judge the contestants? Where was Himesh? Was he actually present during the recording!! 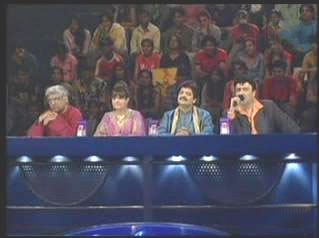 Indian Idol was going really well till the piano rounds. But now with the Gala Round they have started focusing more on performance than singing. A show which kept itself away from taking pot shots at other shows has also joined the band-wagon now. Ismail Durbars Abrupto-Stando-Mania has become such a talk of the town that Hussain was shown commenting on it in humour with a threatening remark to stage a walk-out from the show. And what to comment on the judges behaviour of SVOI!! Hurling disgusting personal abuses to each other was always a part of their behavior. Even this week we saw very disappointing behavior from Jatin, Lalit and Abhijeet for Alka Yagnik. True she was wrong in giving so less marks but you don’t insult this way publicly. Interesting thing to note was that the same has now started in Indian Idol too. Annu Malik's comment for Alisha Chinoi on "If she has found a new eighth Sur and also if her ears are properly working" left everyone shocking. Come to think of it, the female judges are being targeted by the Male dominant Judges Panel.


There always used to be a controversy that public does not make the right choice of talent – For a change, this time the public has got the right knowledge on whom to eliminate and are making some right decisions in voting except for in few cases. But the dramas, makeovers, concentration on performances have not yet changed in any of these shows. With the due respect to the shows which produce huge number of talents every year, we still have questions for them like are these dramas, makeovers, performances more necessary?

15 years ago wellllllll writenn you got all the things i was wondering espacilaay about indian idol ilove that show an ddont want it to become like the others.thnx

+ 3
15 years ago Very true Barnalidi, it really gets me upset when Alisha makes some of those comments because i feel sometimes she's just doing it to spite the other judges.. contestants who are obviously out of sur, she says good job.. so yes, it is strange, and sometimes SRGMP does seem a bit scripted... nicely written article!

+ 3
15 years ago Alka Yagnik is far better singer/judge than Alisha. The awards that Alisha got was not for her singing talent but for the popularity of the songs.. I think it was wrong to have Alisha as a judge..

15 years ago hey r we all fools dont u realise all this is a drama only faked up just to
attract attention n raise TRP.