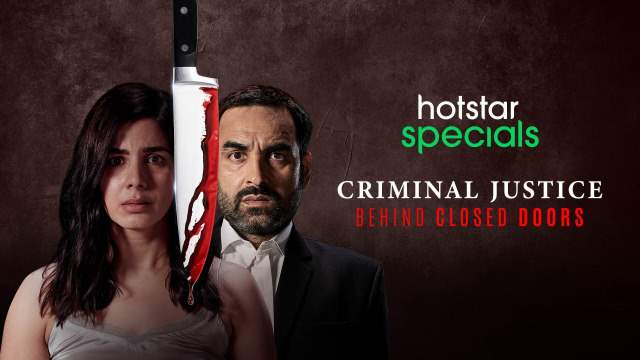 Criminal Justice: Behind Closed Doors is yet another riveting suspense thriller from the makers, one that leaves us wanting to know how the trial of Anuradha Chanda (Kirti) ends after she is accused of stabbing her husband Vikram (Jisshu) to death. Meanwhile, there is Madhav (Pankaj) who is offered to fight the case in Anuradha's favour on his very night of marriage. While many characters happen to be added throughout the due course of the show, there are a few who stand out, irrespective of their screen-time.

Following all the tropes of a courtroom drama, the show still manages to set itself apart by not giving us a build-up that breaks our bubble in the end. Throughout the hearing, and the trial, and everything in between, we are given instances where we are shown that Anu is having a difficult time, and in all probabilities, she is going to be jailed. With things not working in her favour, her silence, and failed attempts from Madhav and Nikhat (Anupriya), there seems very little to be done, or as a ray of hope.

None the less, a turn of events keep going on on our screens and that keeps us hooked. I would be lying if I say that I did not want to fast-forward even a single bit, but that was only because one begins to understand how things are about to unfold, and also, majorly out of the need to know what follows and how it all ends. 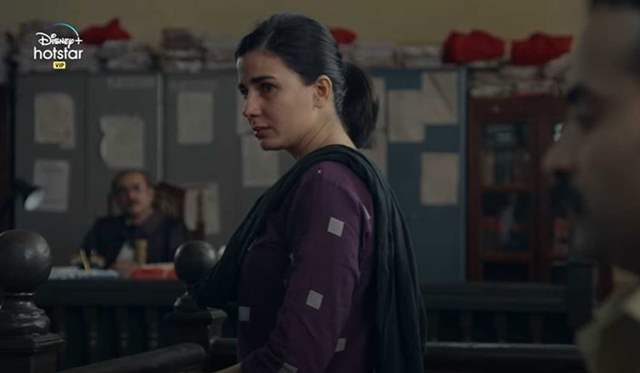 The show has its own highs, even the small ones are significant ones, and if there is something that has stayed with me, after the watch, is how the show is a commentary on the treatment meted out to women, the price that one pays for trying to be an ideal woman, among other things. However, it also beautifully shows what women are capable of if they decide to stand strong, and speak up.

Among other issues, apart from the entire courtroom set up, there is also a lot that the show speaks about the judicial system that there is, (the ending note is something that has a long-lasting effect), and while it does not do so to pull it down, it simply states facts, also indicating just how important it is to take them into account without any bias. 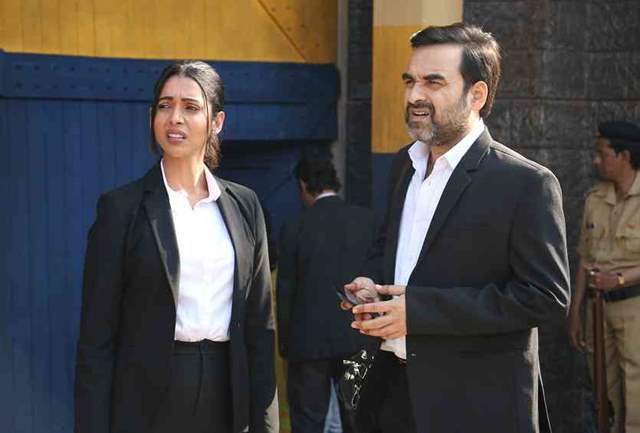 Moving on to the cast, Pankaj is an absolute winner and he just about never fails to bring laughs, chills, and so much more. He is a gem of an actor who brings an edge to the character he performs and Madhav is no less. While there isn't a lot that seems relatable, he still becomes one of our favourites. Talk about favourites and Anupriya's Nikhat is another powerful female character that has our heart. She is what seems like a balance of strength and emotions, in just the right amounts. 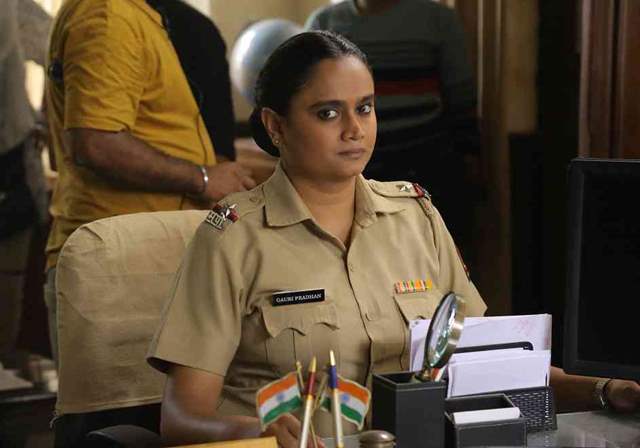 It is no secret that Tripathi becomes the star of the show every time he is on the screen, but this time around, we have to give it to Kirti for her acting prowess. Given her character, it could've been very easy to go OTT with certain bits, but she kept it all-natural, thereby enabling the audiences to understand Anu better. A special mention to Kalyanee, for the portrayal of a wife and a junior to her husband, for her role is quite the revelation, if we were to be true!

With strong narration, powerful performances, and a rather gut-wrenching story, Criminal Justice: Behind Closed Doors is an interesting watch. Though the lives up to its genre a tad bit better in its season one with Vikrant Massey as Aditya, season 2, much like its title, brings into light issues that not many speak about in a manner that is subtle and yet, hard-hitting.