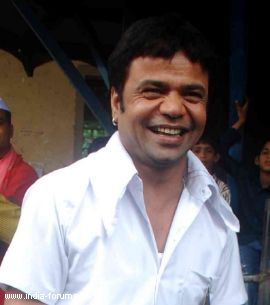 The Delhi High Court Tuesday suspended Bollywood actor Rajpal Yadav's 10-day jail term given for misleading the court in a suit against him and his wife by a businessman.

A bench of Justice B.D. Ahmed and Vibhu Bakhru suspended Yadav's sentence on his appeal against the single judge's order.

The bench also issued notice to Delhi-based Murli Projects, which had filed a debt recovery suit against the actor, and asked it to file a response by Jan 22, 2014.

The court said the Dec 3 order "will remain suspended till further order".

Yadav has spent three days in jail. On Dec 6, a judge suspended his sentence and granted him time till Tuesday to file his statutory appeal.

The lower court had told Yadav not to leave Delhi and India without its permission.

The high court said Yadav could complete his film projects inside India but "he will not travel outside the country".

The court also recorded an undertaking given by Yadav that within a week he would give a cheque of Rs.20 lakh to Murli Projects.

The single judge had taken exception to an affidavit filed by Yadav Dec 2 which allegedly contained his wife's forged signature.

The court was hearing a case against Yadav for concealing facts about a Rs.5 crore recovery suit filed against him and his wife Radha by a Delhi-based entrepreneur.

M.G. Agarwal, owner of Murli Projects, filed a case against the Yadavs in the high court for failing to repay a loan of Rs.5 crore, which the actor took in 2010 to make his debut Hindi directional film "Ata Pata Laapata".

Malaika Arora shares her biggest challenges upon Testing ...
5 minutes ago