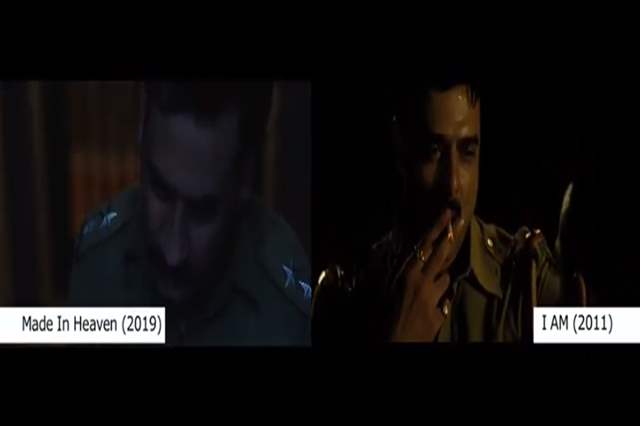 'Getting inspired' as makers keep terming it time and again is what has been an unfortunate constant in a range of films and TV shows over the years where some films actually seem to be picking up scenes and instances, at times which are credited and at times when they aren't It seems to be the case yet again right now when director Onir, who is best known for his edgy films like I Am, My Brother Nikhil, Bas Ke Pal and others came across a striking similarity between one of the scenes from his film, I Am being pretty much copied for a scene in Zoya Akhtar's Made In Heaven on Amazon Prime Video.

This similarity was pointed out by casting director Nalinii Rathnama and whne Onir came across the same, he mentioned how he was shocked too but mentioned how acknowledgment has always been industry's weakness.

The scene shows two gay men in an intimate position in a car when they get interrupted by a few policemen who bribe them and then abuse the lover. Nalinii took to her Twitter handle and tweeted, "Did the makers of #MadeInHeaven ask/take permission/inform @Onir before lifting this sequence frame by frame from his National Award-winning film #IAM ? Watch!  Common actor in both @PrimeVideoIN." Responding to her, Onir was surprised with the scene but also took a jibe at the industry and its people as he wrote, "I was quite taken aback when I saw that so much of that section of I AM was not only there as content but shot exactly in the same way. But acknowledgement has never been the strength of this industry."

While in another tweet, he shared a story of a critic who reviewed the scene and praised the critic for noticing this when others remained silent, Onir wrote, "And thank you @MurtazaCritic to have written about it when everyone else remained silent."

What is all the more interesting is that both scenes have the same actor in the form of Arjun Mathur. What do you think about the scene? Leave in your comments below.

Zoya Akhtar Onir I Am

pyar-ishk 1 months ago And that shameless Zoya, still hasn't spoken up or apologized. These people are so cheap and their antics are getting exposed everyday

phadukaran 1 months ago yeah well, Onir we understand the frustration but sadly you or others haven't opened up to the world what bullying you guys go through as outsiders. Neither you took stand for those who spoke up. so you guys are equally guilty.

Sharad Malhotra on people consuming drugs and alcohol: Not ...
52 minutes ago

Payal Ghosh: If I am found hanging from ceiling, remember I ...
56 minutes ago