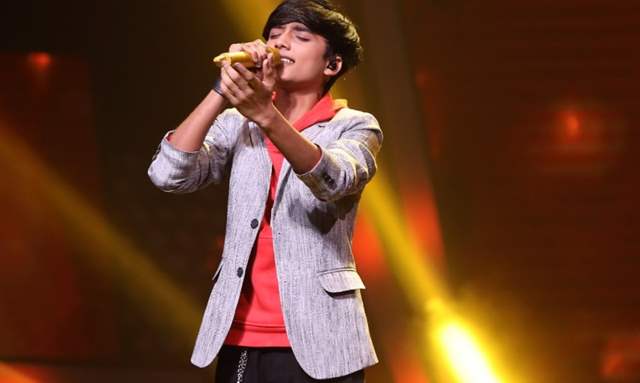 Sony Entertainment Television’s homegrown kids singing reality show Superstar Singer 2 never fails to surprise its audience with the extraordinary young singing talent it possesses. Week after week and performance after performance, the contestants a.k.a the ‘Best Bache Ever’ are putting their best foot forward to impress the judges with their impeccable singing. And, Adding char chand in the forthcoming episode of the music reality show will be Bollywood’s evergreen divas – Poonam Dhillon and Padmini Kolhapure for the ‘Padmini and Poonam’ special episode. Honouring the legendary work of these two starlets and beauties of the 80’s, the Best Bache Ever will be performing on some of their most memorable songs as a tribute to them.

Week on week, Superstars Singer 2’s contestant Mohd Faiz as left everybody amazed with his spectacular performances. And, leaving no stone unturned yet again, the charming Faiz will make everybody fall in love with his voice as he performs on the songs, ‘Aisa Kabhi Hua Nahi’ and ‘Meri Qismat Me Tu Nahi Shayad’. Completely floored by his amazing singing, everybody will give him a standing ovation.

Well, adding another feather to his cap of accomplishments, Mohd Faiz who has become a viral sensation on social media ever since his audition will be seen launching his first song track ‘Mere Liye’ composed by the famous music composer and singer, Himesh Reshammiya. Truly a dream come true moment for this little wonder as Himesh Reshammiya gave him his first break as he had promised after watching Faiz for the first time in the audition phase.

In addition to this, Mohd Faiz shares, "When I sang the song Khamoshiyaa in my audition round, HR Sir gave me a golden opportunity to sing for his label. He was quite impressed and offered me a song. It was an incredible experience to record with Himesh Sir, who taught me how to utilize the sur and break down every aspect of the music. When I first met him, he made me feel comfortable while recording the song, and it is a blessing that I was able to record my first song with him. If I was not a part of  Superstar Singer 2, I never would have had this opportunity. I'm also grateful to HR Sir for believing in me and giving me this chance."

Aditya Narayan will be seen mentioning that Himesh Reshammiya has given numerous musicians the opportunity to record a song and work with him. Not only this but it will be a memorable evening when Mohd Faiz will be see