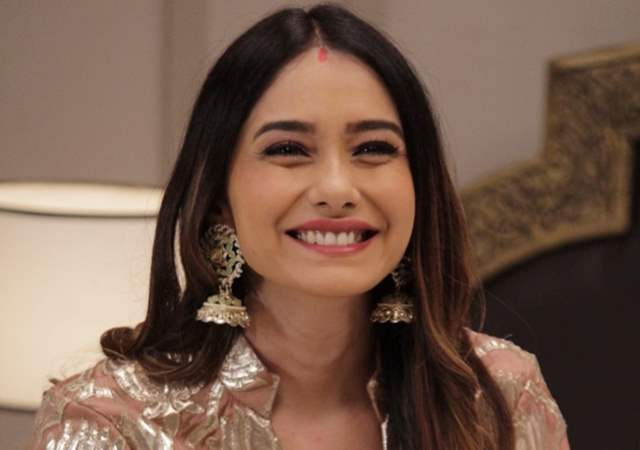 Sony Entertainment Television’s ‘Appnapan... Badalte Rishton Ka Bandhan’, has captivated the audience with its strong narrative that sheds light on the dilemma and complexities in relationships. Starring Cezanne Khan and Rajshree Thakur, the show revolves around Pallavi and Nikhil, an estranged couple who are dealing with their own set of challenges in life owing to their past. In the on-going track, the entry of Kiran maa (Farida dadi), Nikhil’s mother has brought Pallavi, Nikhil and the kids together making the drama more interesting. As Nikhil and Pallavi pretend to be a real couple for the sake of their mother, they have started understanding each other better but yet their past still haunts them, which continues to keep them apart. In the upcoming track, the couple will be seen renewing their wedding vows on Kiran maa’s request; making it a grand celebration for the entire family. Adding further obstacles in Nikhil and Pallavi’s life once again will be Pallavi’s sister, Sonali played by Leena Jumani.

Gorgeous actress, Leena Jumani is all set to charm the audience once again as she essays a grey character in Appnapan…Badalte Rishton Ka Bandhan. Leena will be essaying the character of Sonali, who is the younger sister of Pallavi. Her character is going bring a storm in Nikhil and Pallavi’s life, just like she did in the past by creating misunderstanding between the two and this time around she is back with more angst.

Talking about her character and the drama that is set to unfold, Leena Jumani shared, “Firstly, I am truly grateful to Balaji Telefilms as they have always been my guiding light. I started my GEC career with Balaji back in 2008, and after that I never had to look back, thus coming back here is like coming back home. And, I couldn’t let go of the chance of working with them once again on such an endearing drama like Appnapan that beautifully sheds light on the complexities of relationships. Plus, I was really attracted to Sonali’s role as it has multiple layers to it, while she has a soft side to her but her insecurities bring out her dark side. On one hand, viewers will see she loves her sister Pallavi but somewhere she is very jealous of the fact that she got married to Nikhil, who she always adored. Her jealously will make her create a lot of problems in between the two; amping up the drama in the show. In between, I got many offers but I did not take them up as the character were not very appealing to me. But when I got the role of Sonali from Balaji, I was very thrilled to begin another chapter here as the character is challenging which helps me give my best and do better. Thus, looking forward to an amazing journey.”

1 months ago Welcome back Leena ji. I'm really happy to see you back after Tanu. Sonali's entry takes Nikvi relationship to another level, she is being kabab mein hadi but joh karti hai end mein Nikvi kha pyaar humko milta hai so carry on.

1 months ago Thanks for sharing this article

Seeta1010 1 months ago Leena jumani is a perfect choice for sonali's character.